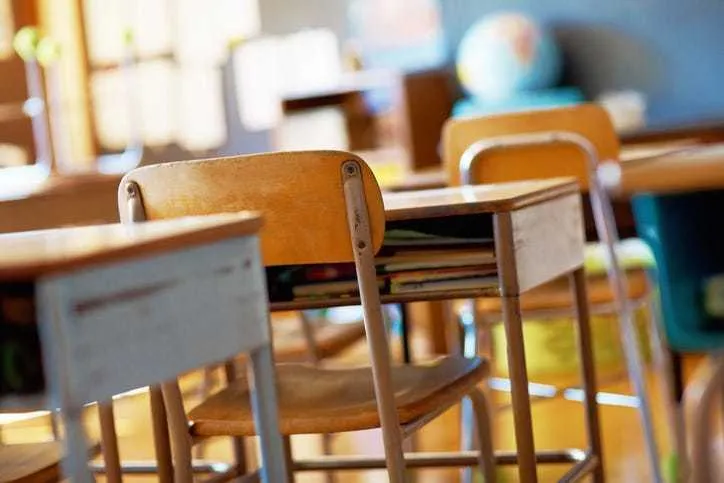 More than half of Detroit public school students are considered chronically absent this school year from district schools.

The district’s chronic absenteeism numbers have dropped a few percentage points from pandemic levels last year, when 59% of Detroit students were chronically absent. But 57% of students are still considered chronically absent, compared with 45% before the pandemic.

A student is considered chronically absent in Michigan if they miss 10% or more days of school.

“This continues to be, in my mind, our greatest challenge,” Superintendent Nikolai Vitti said during a Nov. 9 school board meeting.

Exacerbating the attendance issue, Vitti said, are rules for quarantining students who have been exposed to COVID-19. Students can quarantine for as few as seven days or as long as 10 days if they are identified as a close contact of someone who tests positive for COVID-19. Vitti said the district is working to reduce the number of quarantine days for asymptomatic students testing negative.

The slightly improved numbers this year were expected because the district has resumed in-person school after more than a year of conducting school virtually.

Nearly 58% of students were chronically absent in the 2013-2014 school year. Under new leadership, the district worked to get more students in their seats more often, reaching a 45% chronic absenteeism rate before the pandemic hit.

Chronic absenteeism is a complex problem for school districts. Students often don’t show up for reasons that aren’t willful: Some struggle with getting a ride to school. Other, older students may unexpectedly have to watch young siblings.

“Chronic absenteeism, for us, has not been a new challenge because it is directly linked to poverty,” Vitti told the Detroit Free Press in an interview in August. “The pandemic exacerbated what was already a challenging situation.” 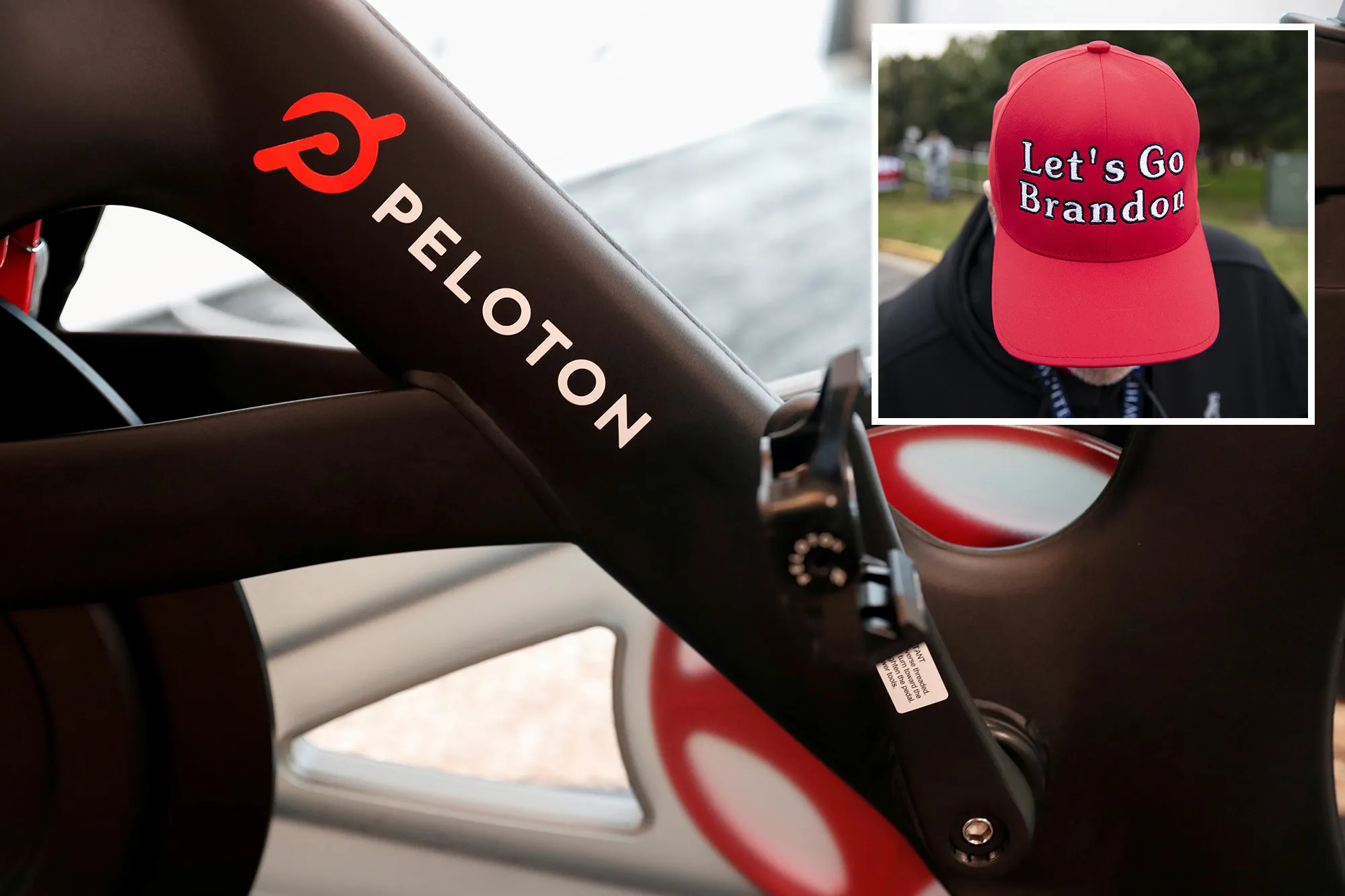 The company banned the use of the tag, claiming the phrase violated their guidelines, PJ Media reported .

The “Let’s go Brandon” phrase has spread like wildfire over the past month as a euphemism for the phrase “F*** Joe Biden .” It has been used to protest the Biden administration by sports fans, musicians, and even politicians across the United States.

The hashtags #StopTheSteal and #TrumpWon were also reportedly removed from the platform earlier this year, according to PJ Media.

Peloton introduced user tags in 2020 to “provide a more robust way for our Members to connect with one another through shared interests or identity,” the company website says . Users are able to select tags or create their own to connect with the users in the Peloton community who use similar tags. The company says that the feature was “inspired by the sub-communities that came together online as a result of Members connecting over shared interests.”

Peloton said that it has “a zero tolerance policy against divisive, explicit, or other content that violates our policies.”

“We welcome Members from all walks of life to represent themselves through their Tags or by having thoughtful conversations in our groups,” Peloton explained in a statement to the Washington Examiner. “However, we have a zero tolerance policy against divisive, explicit, or other content that violates our policies. We actively moderate our channels and have removed Tags that span the political spectrum, while still allowing Members to express themselves using Tags like #WomenForTrump.”

Some conservative users have spoken out against the ban.

“They force every left-wing thing down your throat and we can’t have a ‘Let’s Go Brandon’?” Peloton user Shannon said.

“For a company who claims to be so inclusive, they sure do alienate a big portion of its members,” Peloton user Stephanie said. “Attempting to silence our voices will not silence us. It will only grow our will to speak louder.”

Employees at Peloton were reportedly made to take anti-racist training earlier this year . 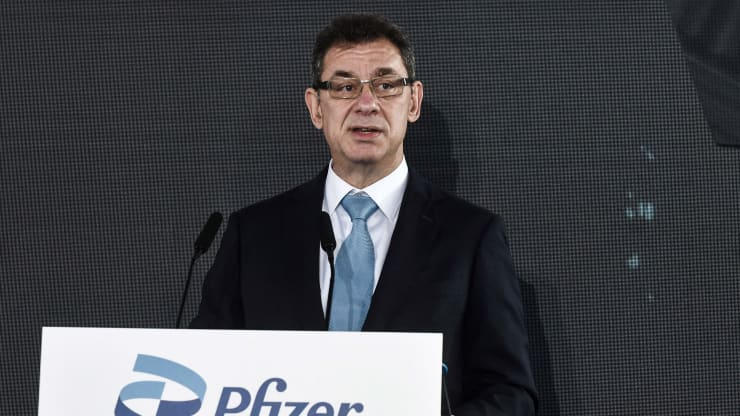 Speaking with Washington D.C.-based think tank Atlantic Council, Bourla said there is a “very small” group of people that purposefully circulate misinformation on the shots, misleading those who are already hesitant about getting vaccinated.

“Those people are criminals,” he told Atlantic Council CEO Frederick Kempe. “They’re not bad people. They’re criminals because they have literally cost millions of lives.”

Bourla’s comments come as millions of eligible adults in the U.S. have yet to get vaccinated even though the shots have been available to most Americans most of this year. Public health experts say misinformation is likely playing a large role.

According to a survey published Monday by the Kaiser Family Foundation, more than three-quarters of U.S. adults either believe or aren’t sure about at least one of eight false statements about Covid or the vaccines, with unvaccinated adults and Republicans among those most likely to hold misconceptions.

Among the falsehoods are that Covid vaccines contain microchips, cause infertility and change one’s DNA, according to the survey.

Bourla said Tuesday that life for many people can go “back to normal” once many of the unvaccinated get vaccinated.

“The only thing that stands between the new way of life and the current way of life is, frankly, hesitancy to vaccinations,” he said.