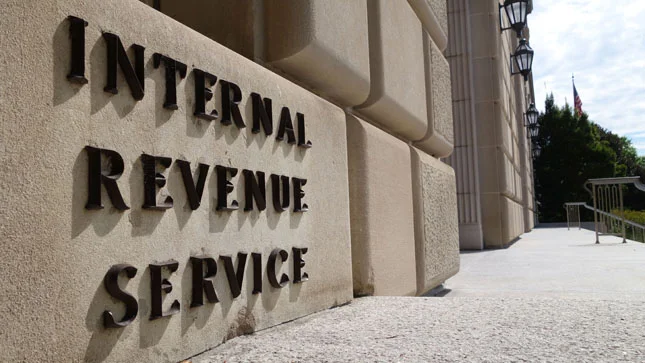 Imagine living in a world where every one of your noncash financial transactions—a restaurant meal, a Venmo transfer to a friend, maybe some bitcoin bought on the dips—was automatically reported to a beefed-up, audit-hungry IRS.

That dystopia will become a reality if President Joe Biden gets his way. Biden, Treasury Secretary Janet Yellen, and key Capitol Hill allies such as Sen. Elizabeth Warren (D–Mass.) are pushing a vast, intrusive financial surveillance system in the name of closing the “tax gap.”

But don’t worry: There’s no need to fear if you’ve got nothing to hide.

“For already compliant taxpayers, the only effect of this regime is to provide easy access to summary information on financial accounts and to decrease the likelihood of costly ‘no fault’ examinations,” the Treasury Department said this May in a nakedly authoritarian document called “The American Families Plan Tax Compliance Agenda.” But “for noncompliant taxpayers,” the department continues, “this regime would encourage voluntary compliance as evaders realize that the risk of evasion being detected has risen noticeably.” 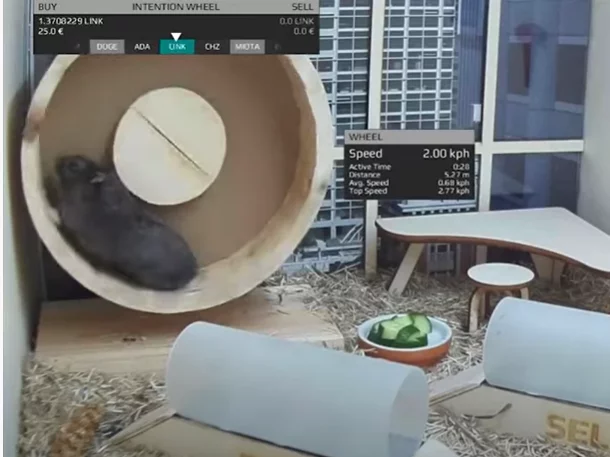 What if we told you there was a hamster who has been trading cryptocurrencies since June — and recently was doing better than Warren Buffett and the S&P 500?

Meet Mr. Goxx, a hamster who works out of what is possibly the most high-tech hamster cage in existence.

It’s designed so that when Mr. Goxx runs on the hamster wheel, he can select among dozens of cryptocurrencies. Then, deciding between two tunnels, he chooses whether to buy or sell. According to the Twitch account for the hamster, his decision is sent over to a real trading platform — and yes, real money is involved.

The Fed is evaluating whether to launch a digital currency and in what form, Powell says 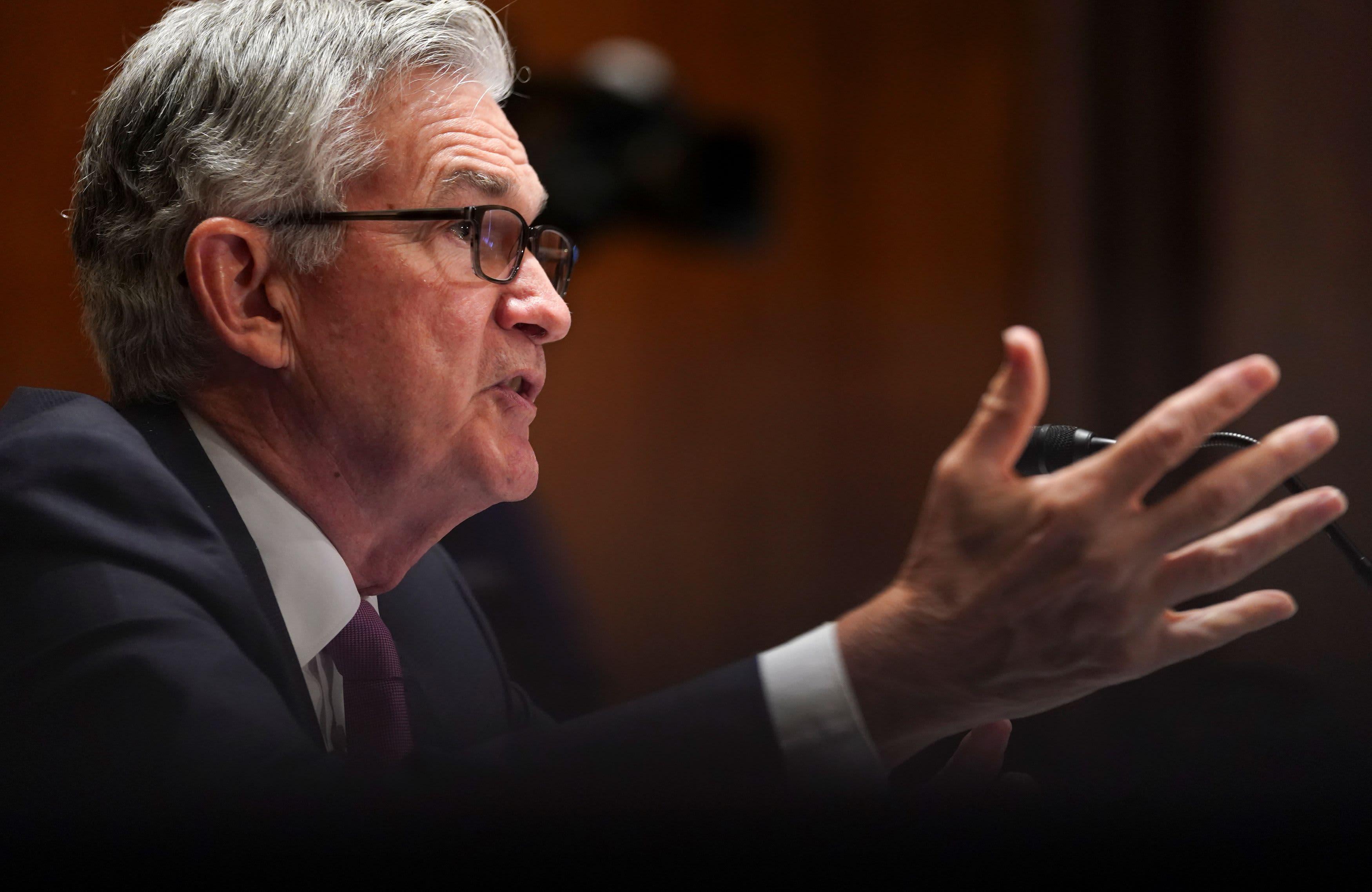 The Federal Reserve is pushing ahead with its study into whether to implement its own digital currency and will be releasing a paper on the issue shortly, Chairman Jerome Powell said Wednesday.

No decision has been made on the matter yet, he added, and said the Fed does not feel pressured to do something quickly as other nations move forward with their own projects.

“I think it’s important that we get to a place where we can make an informed decision about this and do so expeditiously,” Powell said at his post-meeting news conference. “I don’t think we’re behind. I think it’s more important to do this right than to do it fast.”

Powell added that the Fed is “working proactively to evaluate whether to issue a CBDC, and if so in what form.”

Establishing a digital dollar has been for more than a year, and it announced in May it would launch a deeper examination into the issue with a paper to follow.

The Boston Fed has taken point on the project, joining with MIT in an initiative on whether the central bank should establish its own digital coin targeted at making the payments system more effective. Fed Governor Lael Brainard has been a strong advocate of the effort, though several other officials, including Vice Chair for Supervision Randal Quarles, have cast doubts.

Advocates such as Brainard say a central bank digital currency’s benefits include getting payments quickly to people in times of crisis and also providing services to the unbanked.

“We think it’s really important that the central bank maintain a stable currency and payments system for the public’s benefit. That’s one of our jobs,” he said. He noted the “transformational innovation” in the area of digital payments and said the Fed is continuing to do work on the matter, including its own FedNow system expected to go online in 2023.

The test for a CBDC, he said, is “are there clear and tangible benefits that outweigh any costs and risks.”

However, a larger drumbeat has been building as central banks, most notably China, have moved forth with their own plans and begun the first stages of implementation.

Some concerns even have been raised that if the Fed does not act more aggressively, the dollar’s position as the global reserve currency could be challenged.

The U.S. Is Losing the Global Race to Decide the Future of Money—and It Could Doom the Almighty Dollar 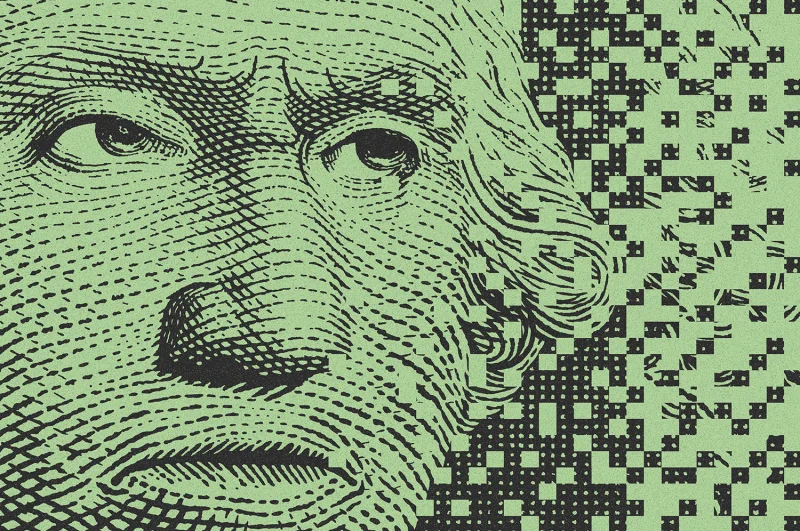 In cities across China, the country’s central bank has begun rolling out the e-renminbi—an all-digital version of its paper currency that can be accessed and accepted by merchants and consumers without an internet connection, credit or even a bank account.

Already having conducted more than $5 billion in e-renminbi transactions, China has opened its digital currency up to foreigners. Next year, when Beijing hosts the Winter Olympic Games, authorities are expecting to let the world test drive its technological achievement.

The U.S., by contrast, is having trouble even concluding its multi-year exploration into the possibility of an e-dollar. In fact, an upcoming Federal Reserve paper on a potential U.S. digital currency won’t take a position on whether the central bank of the United States will, or even should, create one.

Instead, Federal Reserve Chair Jerome Powell said in recent testimony to Congress, this paper will “begin a major public consultation on central bank digital currencies…” (Once planned for July, the paper’s release has since been moved to September.)