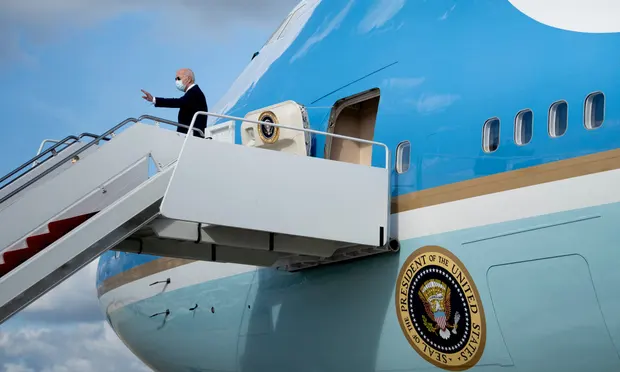 Joe Biden will make his first speech to the United Nations as president on Tuesday, seeking to “close the chapter on 20 years of war” and begin an era of intensive diplomacy.

Biden will however have to contend with hostility from China, an open rift with France and widespread scepticism among UN member states over his commitment to multilateralism following disagreements over Israel, a chaotic withdrawal from Afghanistan, and a nuclear submarine deal that took adversaries and allies by surprise.

The White House sees the speech to the UN general assembly as a chance to reclaim the global initiative and convince UN member states that “America is back”, as Biden promised when he took office.

It will be followed by a week of bilateral meetings, a US-hosted Covid summit on Wednesday aimed at drumming up more funding for global vaccine distribution, a meeting of leaders of the Pacific-oriented Quad group– India, Australia and Japan – on Wednesday, and a UN security council meeting on climate insecurity on Thursday.

“It’s an important, consequential week for President Biden and his leadership on the world stage,” a senior administration official said.

Tuesday’s speech, the official added, will “center on the proposition that we are closing the chapter on 20 years of war, and opening a chapter of intensive diplomacy, by rallying allies and partners and institutions to deal with the major challenges of our time.”

However, Biden is arriving in New York just days after the disclosure of a new security agreement between Australia, the UK and US, which will involve helping Australia build a fleet of nuclear-powered submarines.

The announcement of the Aukus deal has deepened tensions with China, which portrayed it as a hostile act, and with France, which had a contract to supply Australia with French vessels and which was blindsided by Aukus.

In his speech, Biden will say he wants to avoid a new cold war with the world divided into blocks.

“He believes in vigorous, intensive, principled competition that does not tip over into conflict,” a senior US official said.

Guterres told CNN that the efforts of US climate envoy John Kerry to reach a compromise with China have “largely failed because the Chinese have said … we cannot have cooperation on climate or anything else”.

“I believe that we need to avoid a new cold war, because the old cold war was more easy to manage. It was clear. Now things are more complex,” the secretary general said.

Read full story on The Guardian…