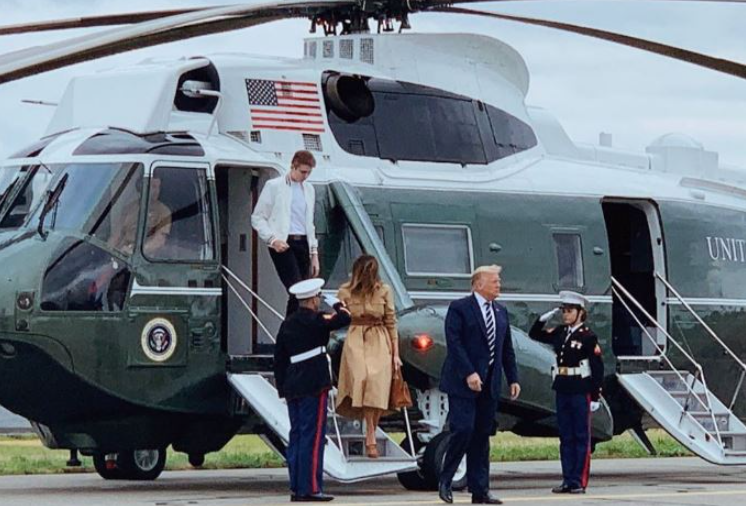 A book written in 1896 titled The Last President by Ingersoll Lockwood.

“…The entire East Side of New York City is in a state of uproar. Mobs of vast size are organizing under the lead of anarchists and socialists, and threaten to plunder and despoil the houses of the rich who have wronged and oppressed them for so many years.” — From The Last President, 1896

1900, or The Last President, by INGERSOLL LOCKWOOD, is a surrealistic 1896 novel, where Americans are protesting a corrupt election process while the president’s hometown of New York City is fearing the collapse of the republic after the transition of presidential power. During 2017, this book, as well as Lockwood’s two children’s books, The Travels and Adventures of Little Baron Trump and His Wonderful Dog Bulger (1890) and Baron Trump’s Marvellous Underground Journey (1893), drew attention due to its uncanny connections with President Trump and his family.

Synopsis: a book about the last president named Bryan Trump – he’s the last president because of a selected group of states who try to steal the election, and apparently succeed — but civil war breaks out when the oppressed citizens of the oligarchy rise up and fight back.

Here’s the link to read the novel:

Carrying this archaeologists’ accessory in the city’s downtown without government permission is now a misdemeanor. 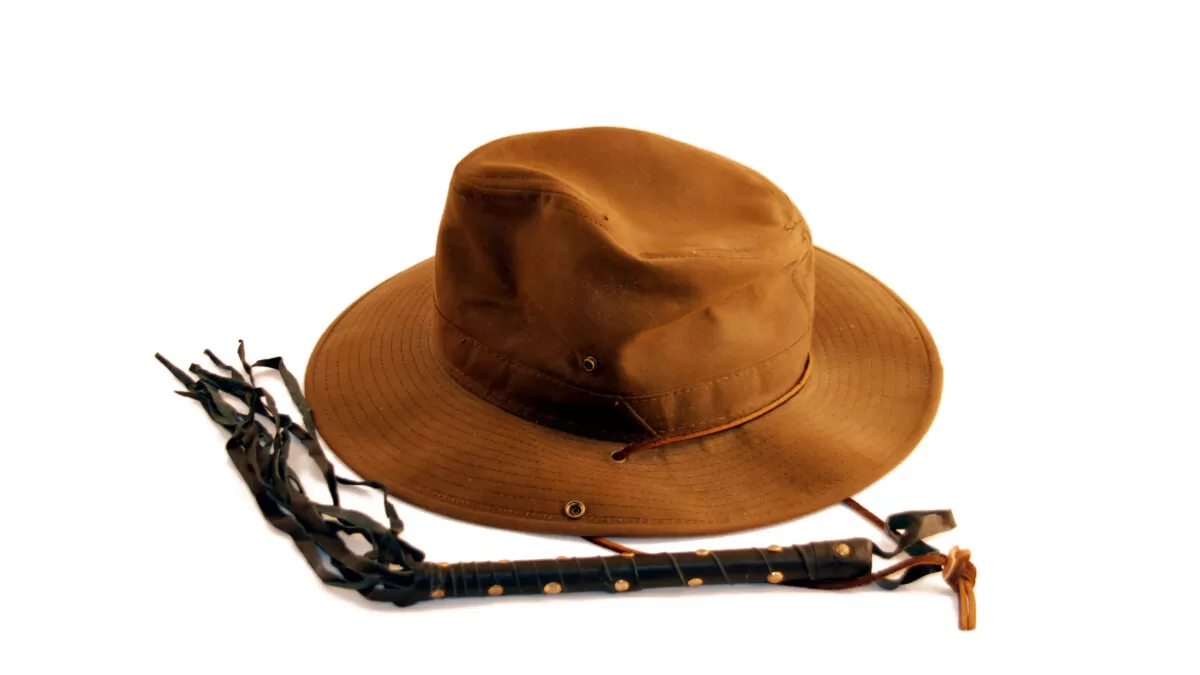 The political wrangling in Congress over Democrats’ multitrillion-dollar domestic agenda and continual supply chain bottlenecks have buried what should otherwise be front-page, national news: Reno, Nevada’s crackdown on whips.

Earlier this month, the Reno City Council passed an ordinance that prohibits people from using or possessing whips in the city’s downtown without first obtaining a city permit. The policy is in response to an increasing number of 911 calls by people mistaking the periodic snaps and cracks of whips as gunshots.

Reno City Attorney Karl Hall said that the new restrictions were commonsense whip control, reports the Reno Gazette-Journal. He stressed that the ban only applies in several downtown neighborhoods and that the archaeologists’ accessory isn’t restricted in other areas of the city where it might prove useful.

A city staff report says whips have grown in popularity in recent years, with people using them “in fights, for intimidation, and to practice ‘cracking’ the whip.”

Whip-related calls to police have increased 61 percent from 2019. Reno police say that the people using them “are amateurs when it comes to proper use, and it is evident they do not possess it for any intended proper use.”

The new restrictions have proven controversial. Council Member Jenny Brekhus voted against the ordinance because it didn’t apply citywide, thus leaving whips dangerously unregulated in most of Reno.

Meanwhile, a representative for the state branch of the American Civil Liberties Union argued that banning the possession of whips without a permit, which is now a misdemeanor, only contributes to the criminalization of the homeless, reports CBS affiliate 8NewsNow. According to that representative, the city’s homeless are known for using whips for self-defense.

The Associated Press notes that the ban doesn’t apply to private property, which makes it less offensive than it might otherwise be. But there’s still plenty of reason to be worried about this expansion of state power.

There’s a real possibility of increased police interactions with anyone thought to be possessing a now-prohibited whip.

That’s particularly concerning given that most of the whips on Reno’s streets are homemade from chains, leather straps, rope, and string, according to police. Is anyone possessing bundles of these materials going to be subject to snap law enforcement stops now? One could imagine local police harassing innocent citizens based on unfounded whip tips, or even conducting sting operations to corral violators.

There also isn’t any grandfather clause in Reno’s whip ban, meaning once-lawful whip-possessing citizens have now been made criminals. 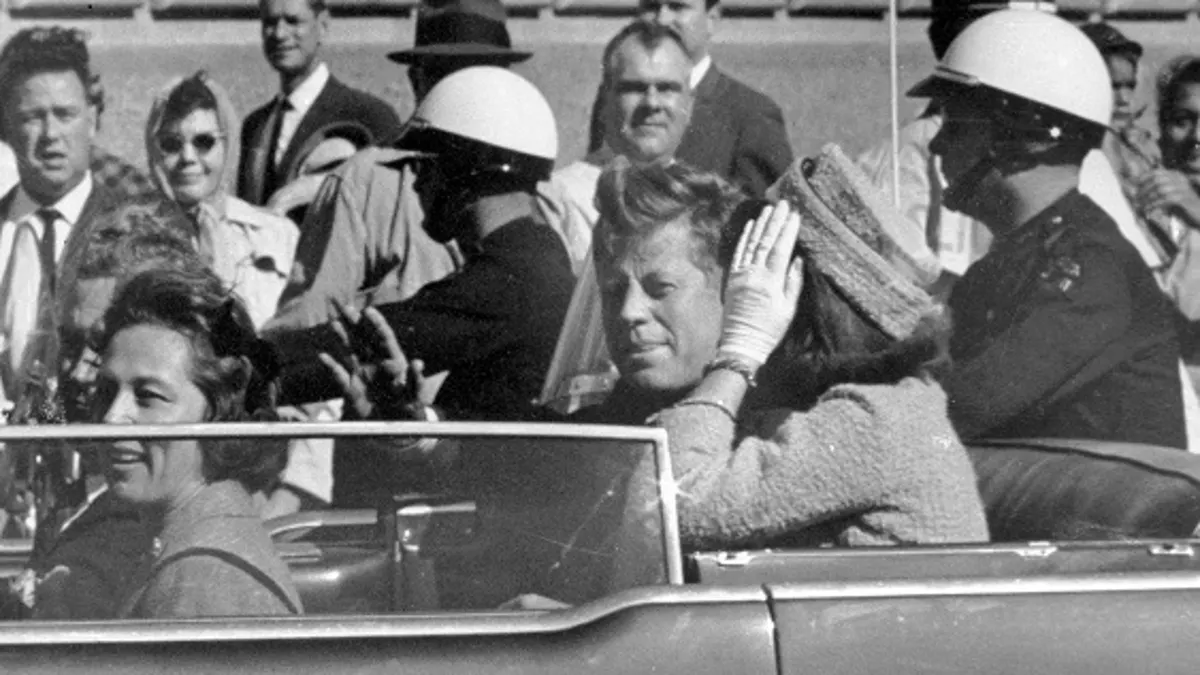 The White House said Friday it would delay the release of long-classified documents related to the assassination of former President John F. Kennedy. President Joe Biden wrote in a statement that the remaining files “shall be withheld from full public disclosure” until December 15 next year — nearly 60 years after Kennedy’s assassination in Dallas, Texas in 1963.

In 2017, former president Donald Trump released several thousand secret files on the assassination, but withheld others on national security grounds.

The White House said the national archivist needs more time for a review into that redaction, which was slowed by the pandemic.

Mr. Biden also said the delay was “necessary to protect against identifiable harm to the military defense, intelligence operations, law enforcement, or the conduct of foreign relations” and that this “outweighs the public interest in immediate disclosure.”

The assassination of the 46-year-old president was a “profound national tragedy” that “continues to resonate in American history and in the memories of so many Americans who were alive on that terrible day,” the statement said.

A 10-month investigation led by then-Supreme Court chief justice Earl Warren concluded that Lee Harvey Oswald, a former Marine who had lived in the Soviet Union, acted alone when he fired on Kennedy’s motorcade.

But the Commission’s investigation was criticized for being incomplete, with a Congressional committee later concluding that Kennedy was “probably assassinated as a result of a conspiracy.” 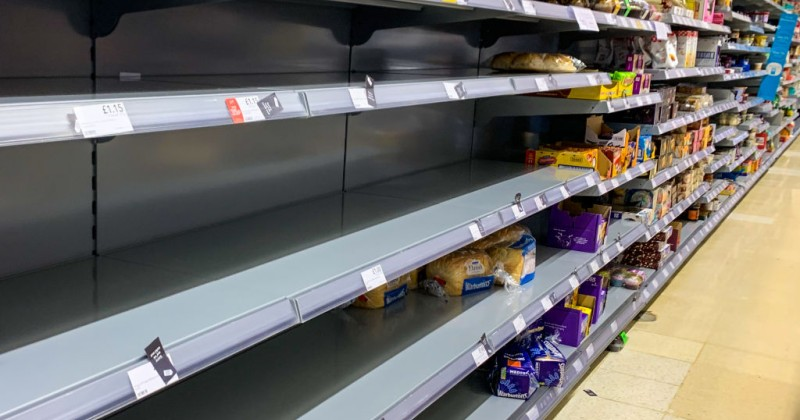