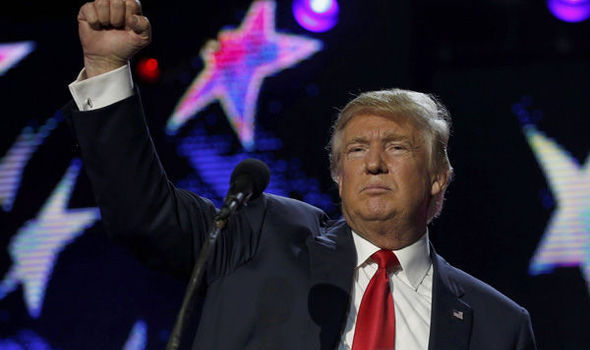 1) Only the electoral college or the various state legislatures can declare a candidate the winner. To base this decision on network vote totals and projections and to call Biden the “president-elect” is irresponsible.

2) The recounts in Arizona, Georgia, and the other states are likely to go heavily for Trump. Most of the likely errors or invalid votes took place on mailed-in ballots. (Machine votes are harder to tamper with) .Since Biden won upwards of two-thirds of mail-in votes and absentee ballots, it is likely that most of the discarded mail ballots will be subtracted from Biden’s total.

3) The networks currently give Trump 214 electorate votes (270 is the victory level).

4) Alaska, where Trump has led by 2:1 all week and is now more than half counted, which will likely throw its 3 votes to Trump, giving him 217.

5) Trump has likewise led in North Carolina (15 votes) all week, and his margin of 75,000 has not diminished. He will carry North Carolina. Like Alaska. The media will not call it for Trump to promote the illusion of a Biden victory. North Carolina would bring Trump’s vote to 232.

6) The vote count in Arizona shows Trump’s deficit shrinking from 30,000 on Friday to 18,500 on Saturday, with about 100K left to count after Arizona (11 votes) is fully counted. It will go through a recount subject to the pro-Trump bias identified in point 2. Were if he’s to win Arizona, he would have 243 votes.

7) In Georgia (16 votes), Biden leads by only 8,400 votes, a margin that has been dropping. Like Arizona, Trump may still win the count and, if not, would have a very good chance of prevailing in the recount. With Georgia, Trump would have 259 votes.

8) Wisconsin (10 votes) is tallied as having been won by Biden by 21,000 votes, but a recanvass is in the offing. Given the facts enumerated in point 2, there is an excellent chance Trump will carry Wisconsin. The recount process in Wisconsin is uniquely fair and transparent — a model for the nation — so Trump may well flip the state. If he does, he will have 269 votes — one shy of victory.

9) Then, it comes down Pennsylvania and its 20 votes. The Supreme Court provisionally allowed ballots to be counted if they arrived before Friday, Nov. 6, and were postmarked before Election Day, Nov. 3, and ordered late votes to be segregated when Justice Samuel Alito was informed that the state had not segregated the late votes, as Pennsylvania’s Secretary of the Commonwealth had advised, Justice Alito made it an order on Friday. Biden currently leads by 37,000 votes in Pennsylvania. The number of late-arriving ballots likely far exceeds this total (the state has not published this information). Justice Alito and a Court majority may throw out the late ballots, likely delivering the state to Trump.

In addition, for the reasons stated above, a recanvass is likely to give Trump a decisive advantage. If he wins Pennsylvania, he would have 289 votes and a victory. Will there be a recount in Pennsylvania? The current law requires one if the margin is under 0.5 percent, and in Pennsylvania, it likely will be slightly greater.

There are two ways to trigger a recount: First, the Supreme Court could order one after the vote counters so flagrantly violated Alito’s order to segregate the votes that he had to re-issue it and remember, four justices wanted to reconsider whether to allow late ballots entirely, but the court was deadlocked 4-4 in October.

Now with Justice Amy Coney Barrett in the mix, it may take a different view, particularly if the presidency hangs in the balance. Second, Article II Section 1 of the U.S. Constitution reads: “Each State shall appoint, in such Manner as the Legislature thereof may direct, a Number of Electors, equal to the whole Number of Senators and Representatives to which the State may be entitled in the Congress.”

The Pennsylvania Legislature, solidly in Republican hands, may choose to do a recount before appointing electors. To build the case for doing so, it may hold hearings into the allegations of fraud to help the voters of the state understand how flagrantly their votes were counted. Already, the leader of the State Senate in Pennsylvania and the speaker of the State Assembly have held a news conference announcing their intention to “audit” the vote-counting process. As the saying goes: “It’s not over until the fat lady sings.” And she hasn’t.