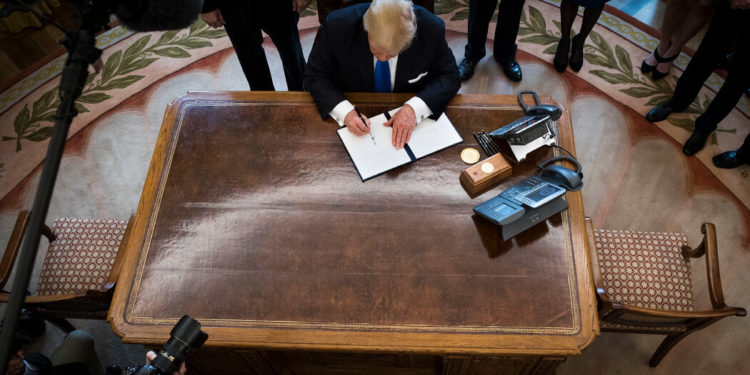 WASHINGTON — House Democrats are planning to introduce a package of proposed new limits on executive power on Tuesday, beginning a post-Trump push to strengthen checks on the presidency that they hope will compare to the overhauls that followed the Watergate scandal and the Vietnam War.

Democrats have spent months negotiating with the Biden White House to refine a broad set of proposals that amount to a point-by-point rebuke of the ways that Donald J. Trump shattered norms over the course of his presidency. The Democrats have compiled numerous bills into a package they call the Protecting Our Democracy Act.

The legislation would make it harder for presidents to offer or bestow pardons in situations that raise suspicion of corruption, refuse to respond to oversight subpoenas, spend or secretly freeze funds contrary to congressional appropriations, and fire inspectors general or retaliate against whistle-blowers, among many other changes.

The legislation’s lead sponsor, Representative Adam B. Schiff, Democrat of California, said he hoped it would receive a floor vote “this fall.”

While the bill would constrain President Biden and his successors, its implicit rebuke of Mr. Trump’s behavior in the White House may limit how many Republicans are willing to vote for it. Under Senate rules, at least 10 Republicans would need to support it for that chamber to hold a vote on such a bill.

But supporters noted that Republican senators previously supported significant components of the bill, like requiring the Justice Department to turn over logs of contacts with White House officials and constraining a president’s ability to declare a national emergency and spend money in ways Congress did not approve.

The supporters said they expected the package would be taken up piecemeal in the Senate, with different parts attached to other bills.