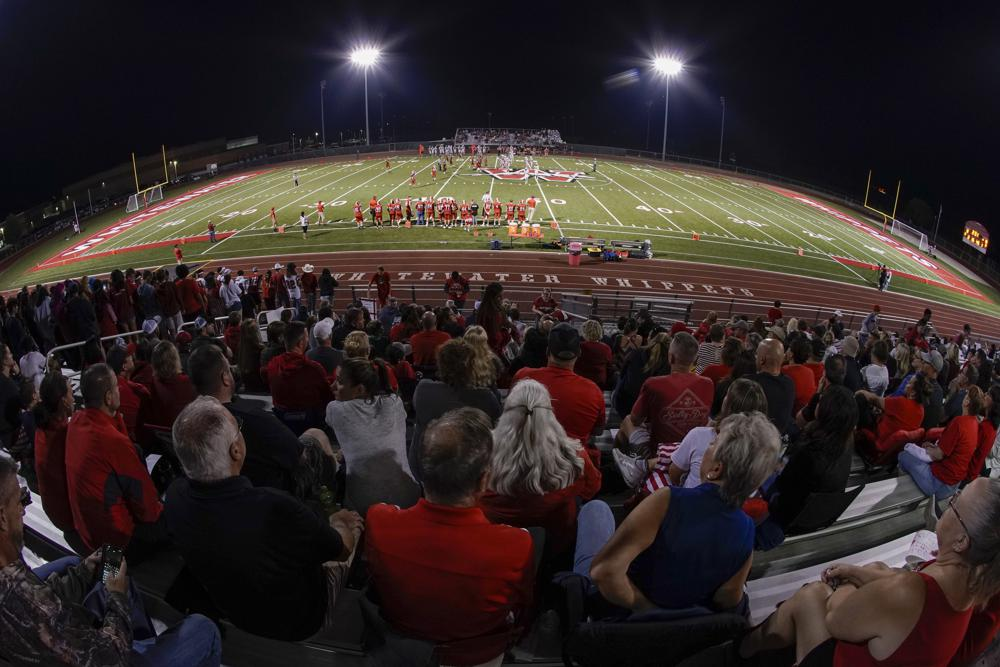 One Wisconsin school district built a new football field. In Iowa, a high school weight room is getting a renovation. Another in Kentucky is replacing two outdoor tracks — all of this funded by the billions of dollars in federal pandemic relief Congress sent to schools this year.

The money is part of a $123 billion infusion intended to help schools reopen and recover from the pandemic. But with few limits on how the funding can be spent, The Associated Press found that some districts have used large portions to cover athletics projects they couldn’t previously afford.

Critics say it violates the intent of the legislation, which was meant to help students catch up on learning after months of remote schooling. But many schools argue the projects support students’ physical and mental health, one of the objectives allowed by the federal government.

Rep. Bobby Scott, the top Democrat on the U.S. House education committee, said the money shouldn’t be used to fund athletics at the expense of academics. It was meant to help students, he said, not sports programs.

“I suspect you can make a case for anything, but the purpose is clear: It’s to open safely, stay open safely and deal with learning loss,” Scott said. “These are targeted resources needed to address the fact that a lot of children just didn’t achieve much for about a year.”

Robin Lake, director of the Center on Reinventing Public Education, said every dollar of pandemic relief spent on sports could be used to expand tutoring, reduce class sizes and take other steps to help students who are struggling academically.

“Can these districts show that all their kids are ready to graduate at the end of this year — college- and career-ready?” she said. “If not, then stop the construction. Stop it right now.”

In some parts of the country, exercise equipment companies have tried to capitalize, contacting school coaches and superintendents to suggest upgrades.

It’s impossible to know exactly how many schools are using pandemic relief on athletics. Districts are required to tell states how they’re spending the money, but some schools are using local funding for sports projects and then replacing it with the federal relief — a maneuver that skirts reporting requirements.

The funding is part of the American Rescue Plan signed in March by President Joe Biden that sent money to schools, giving larger shares to those with higher poverty. It’s the latest of several rounds of funding Congress funneled to the states to address education needs. The AP has tracked more than $157 billion distributed so far to school districts nationwide.

Schools have wide flexibility in how they use the money but only three years to spend it, a deadline that has led some to look for quick purchases that won’t need ongoing funding after the federal money is gone.