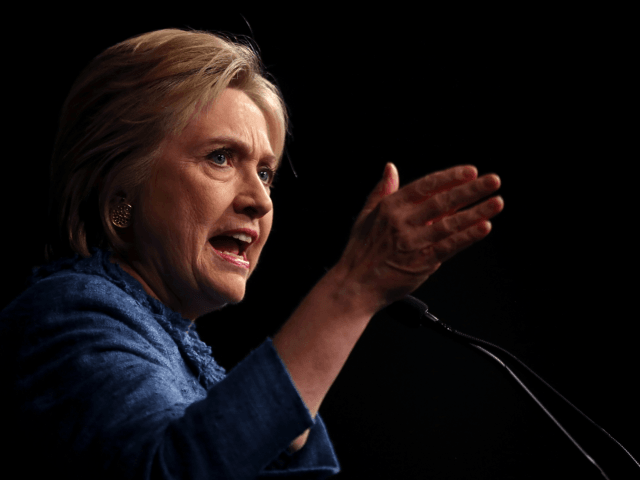 Appearing on the BBC’s Andrew Marr Show on Sunday, Mrs Clinton advocated strongly for vaccine passports and even mandates, apparently to prevent another government lockdown in the UK.

“I do think it is imperative that the prime minister do what he can to stop the rise in Covid in the UK. He doesn’t need to shut the society down but he does need to mandate vaccines,” she said.

Asked to clarify whether she meant mandating vaccine passports for entry to nightclubs and other social settings, Mrs Clinton said, “yes”, before adding “and employers”, continuing to claim that bosses should demand vaccination of their staff, otherwise the UK may face “problems” heading into the winter months.

“I think you have got to make it clear that we are not going to go back into lockdown — that is not going to happen. But, if you don’t get vaccinated, if you don’t have proof of vaccination if you go into a club or a restaurant, and employers don’t enforce vaccines, we may see some problems, here, in the UK, when the weather gets colder and people are forced back inside again,” she said.

The 73-year-old former Secretary of State has been spending more time in the United Kingdom ahead of the upcoming COP26 climate summit in Scotland. Last month, she drew heckles of “war criminal” as she was attending an event ushering her in as the first female Chancellor of Queen’s University Belfast, in Northern Ireland.

The former New York senator, who failed twice to ascend to the presidency, advocated for the UK to take up the stringent controls seen in her adopted home state, noting that “all of the big health systems” and hospitals in New York have mandated vaccines.

Mrs Clinton unsympathetically referenced an instance in which Northwell Health, the largest healthcare provider in the state of New York, which employs over 76,000 people, fired 1,400 workers earlier this month for failing to get vaccinated against the Chinese coronavirus.