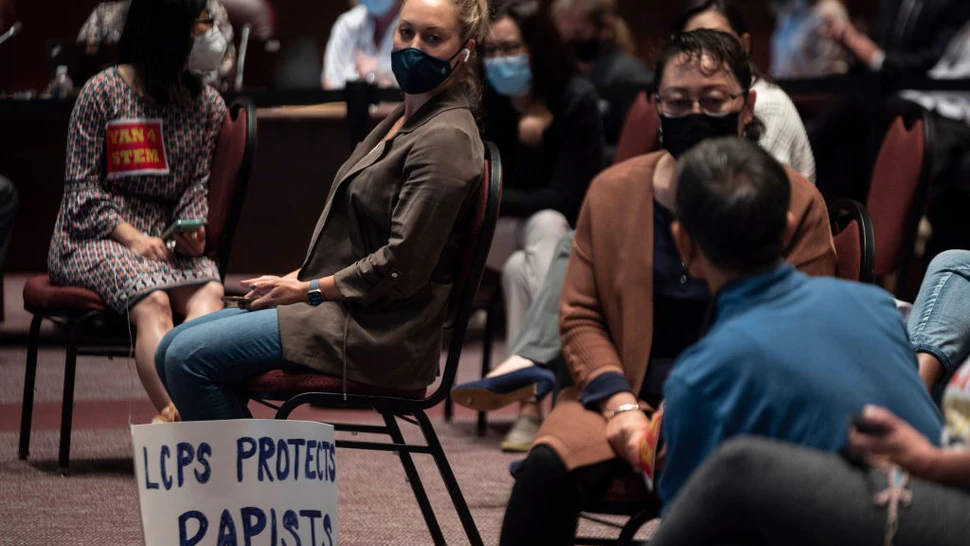 A Virginia court ruled Monday that there is enough evidence to find that a teen accused of sexually assaulting a fellow student in a Loudoun County high school bathroom in May “engaged in non-consensual sex.”

The Daily Wire broke the story of the sexual assault in Loudoun County last month, bringing to light two alleged rapes at two separate schools, one of which involved Scott Smith’s daughter. Smith was later arrested at a Loudoun County school board meeting — an incident that was later used to argue to the Biden administration that federal intervention was needed to prevent such incidents from rising to the level of “domestic terrorism.”

The teen who appeared in court on Monday is standing trial on two separate cases: one involving a female student at Stone Bridge High School and a different incident in a classroom at Broad Run High School, both in the Loudoun County school district. The teen, who reportedly identifies as “gender fluid” is alleged to have assaulted Scott Smith’s daughter in a girl’s restroom at Stone Bridge while wearing a skirt. Despite indications that he had committed a serious crime, the boy was transferred.

“A teenager from Ashburn has been charged with sexual battery and abduction of a fellow student at Broad Run High School. The investigation determined on the afternoon of October 6, the 15-year-old suspect forced the victim into an empty classroom where he held her against her will and inappropriately touched her,” the Sheriff’s department said in a release.

Sources told The Daily Wire last month that the two incidents involved the same alleged attacker; later reports from Fox News and the Daily Mail confirmed that the same student was involved in both incidents.

The alleged attacker was expected to plead guilty at a court hearing in Loudoun County on October 14, following the negotiation of a plea agreement. The second attack, however, happened on October 6th, and the Smith family was later told that the two incidents would be dealt with at the same time, during a hearing on October 25th.

On Monday, at the planned hearing, a judge found sufficient evidence that the teen sexually assaulted a fellow student in May. A sentencing hearing will be held at a later date, likely November.

“We are relieved that justice was served today for the Smith’s daughter.  This horrible incident has deeply affected the Smith family, and they are grateful for today’s outcome,” the family’s attorney said in a statement.

Read more on The Daily Wire