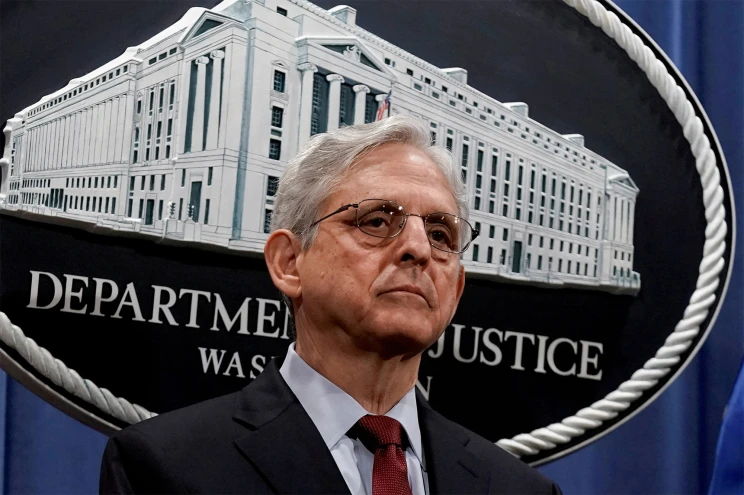 Attorney General Merrick Garland announced Monday that the FBI would take the lead on the law enforcement response to what Garland called “a disturbing spike in harassment, intimidation, and threats of violence against school administrators, board members, teachers, and staff.”

“While spirited debate about policy matters is protected under our Constitution, that protection does not extend to threats of violence or efforts to intimidate individuals based on their views,” Garland wrote in a memo to federal prosecutors as well as FBI Director Christopher Wray. “Threats against public servants are not only illegal, they run counter to our nation’s core values.

“Those who dedicate their time and energy to ensuring that our children receive a proper education in a safe environment deserve to be able to do their work without fear for their safety,” the AG added.

Garland fired off his memo days after the National School Boards Association (NSBA) claimed in a letter to President Biden that “America’s public schools and its education leaders are under an immediate threat,” as parents grow frustrated with mask mandates being imposed on their children and critical race theory being injected into their curricula.

The Sept. 29 letter cited that opposition — naming the imposition of mask mandates in schools as well as “propaganda purporting the false inclusion of critical race theory within classroom instruction and curricula” as the causes of dozens of incidents at school board meetings this year.

“This propaganda continues despite the fact that critical race theory is not taught in public schools and remains a complex law school and graduate school subject well beyond the scope of a K-12 class,” the letter went on, despite incidents across the country where teachers have been exposed to be racializing their curricula.

The NSBA then suggested that “[a]s these acts of malice, violence, and threats against public school officials have increased, the classification of these heinous actions could be the equivalent to a form of domestic terrorism and hate crimes” and asked that the administration review the question.

The letter went on to cite more than 20 reported incidents in California, Florida, Georgia, New Jersey, Ohio and other states. In one incident from September, an Illinois man was arrested on charges of aggravated battery and disorderly conduct for allegedly striking a school official at a meeting.

“We are coming after you,” a letter mailed to an Ohio school board member said, according to the group. “You are forcing them to wear mask — for no reason in this world other than control. And for that you will pay dearly.”