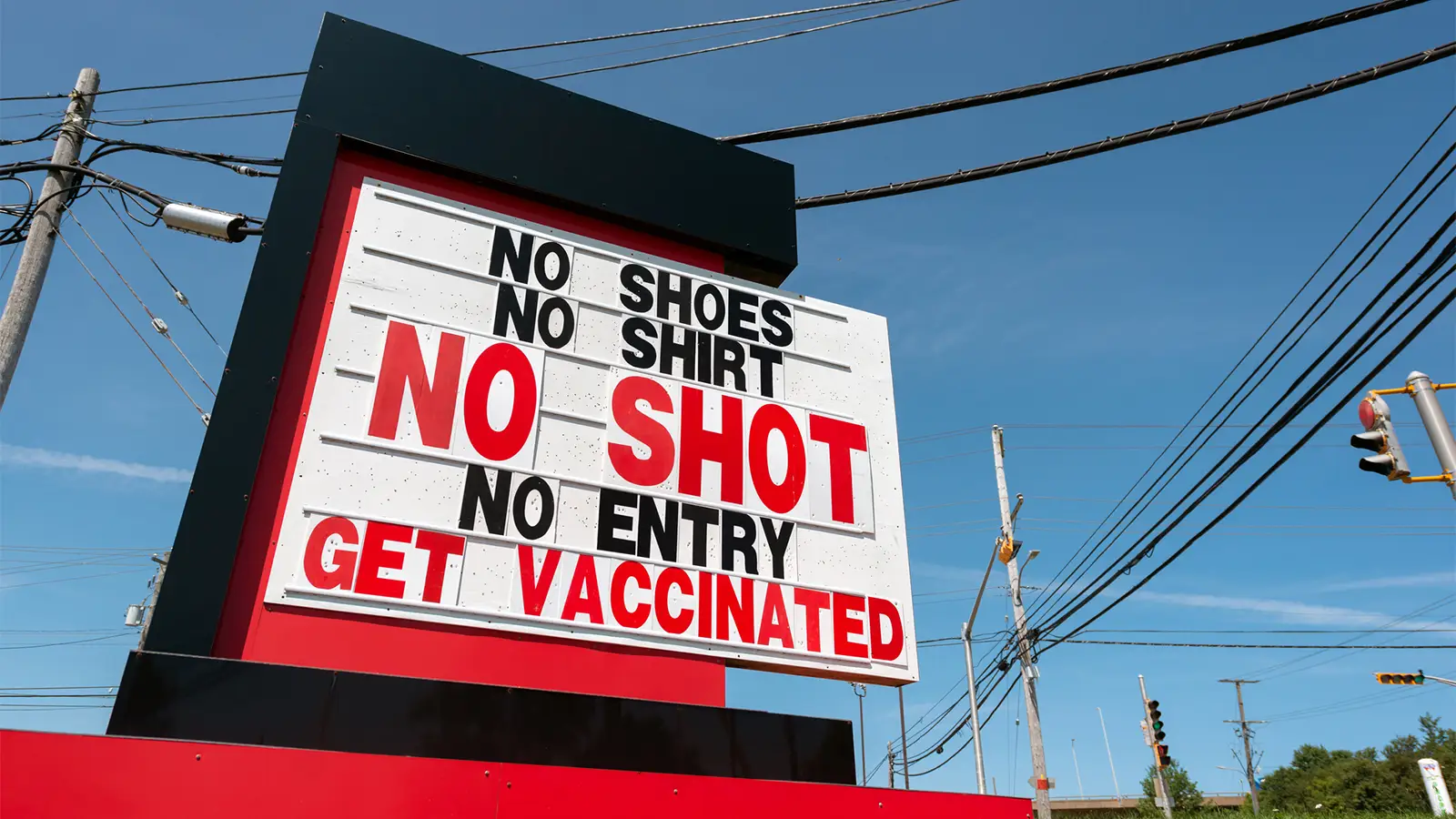 “No one will force you to get a vaccine, but if you decide not to get one, there are certain things you will not be able to do,” said Los Angeles City Council President Nury Martinez about a vote taken today that will require people to show proof of full Covid-19 vaccination before entering indoor entertainment venues.

The amendment to the city ordinance passed today with 11 “ayes” and two “nays.” Councilmen Joe Buscaino and John Lee were the dissenters. Two other members were absent for the vote.

Ordinances need unanimous approval upon their first reading. Supervisor Buscaino invoked the council’s Rule 39 on the first reading last week, which allowed him to withhold the unanimous consent required to pass the ordinance. That meant potential approval would be delayed to this week.

Due to the ordinance’s “urgency clause,” the ordinance needed 12 yes votes upon its second consideration to pass with urgency today, not the normal eight votes. Since only the eight vote threshold was achieved the measure, which was to apply November 4, takes effect in the normal time frame, which is one month from publication, or November 6.

“This is no longer negotiable,” said Martinez, “the stakes are too high.”

Those with medical or religious exemptions will need to provide a recent negative Covid test.

Indoor public spaces that fall under the ordinance would be required to display advisory notices of the vaccination requirement.

The ordinance applies to:

Police stations would apparently also be included in the ordinance, according to testimony last week. It would also likely impact the availability of NBA, NFL and other professional sports stars who refuse vaccination.

It is unclear where theme parks fall in regard to the city ordinance, but last Tuesday L.A. County announced that Covid vaccination/testing requirement for visitors to large venues such as Six Flags Magic Mountain and Universal Studios Hollywood will largely remain, but the county will no longer require proof of a negative Covid test for patrons ages 11 and younger — an age group that remains ineligible for vaccinations.

The county also removed the requirement that patrons ages 17 and younger provide a photo ID along with their vaccination/testing verification. The county also agreed to delay the photo ID requirement for people ages 18 and over until Nov. 1, which aligns with the city’s date. People still will have to provide the vaccination/testing verification beginning Oct. 7.

Theme parks in the county had expressed concerns about the requirement, contending they had limited staffing to check the required documentation — both a vaccine/testing verification and a photo ID — potentially leading to long lines for admission to the parks. They also argued that patrons who purchased tickets in advance before the requirements were announced should be given a grace period. The same is certainly true of movie theaters, concert venues and sporting events.