Replaces them with ‘diverse’ paid workers on $25 an hour. 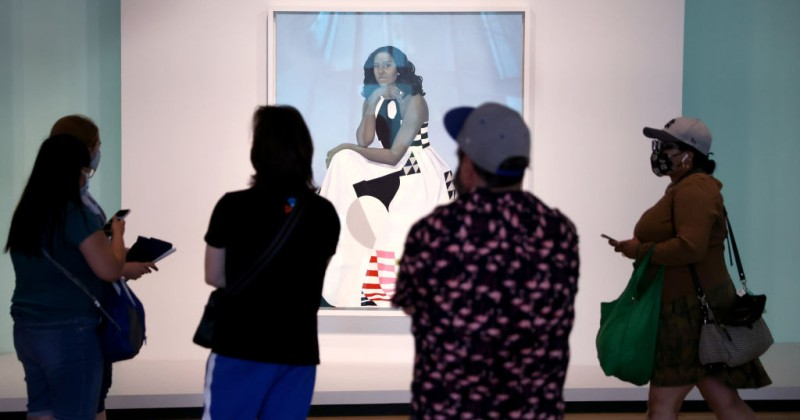 A prestigious art museum in Chicago fired hundreds of unpaid volunteers and replaced them with paid workers because they were too white.

The Art Institute of Chicago had been able to depend on the help of 122 highly skilled volunteers, mostly older white women, to act as guides to the Museum’s collection of 300,000 works, which they explain in great detail to visitors.

The volunteers also acted as “school group greeters” to help children understand the importance of what they were seeing.

Training requirements for the position were intense, and the volunteers were apparently doing a great job.

But now they’ve now all been dismissed for not being “diverse” enough.

“Many of the volunteers—though not all—are older white women, who have the time and resources to devote so much free labor to the Museum,” reports the Why Evolution is True blog.

“But the demographics of that group weren’t appealing to the AIC, and so, in late September, the AIC fired all of them, saying they’d be replaced by smaller number of hired volunteers workers who will be paid $25 an hour. That group will surely meet the envisioned diversity goals.”

“Paying the replacements will not result in more knowledgeable docents. But they won’t be Caucasian; that’s the important thing,” writes Dave Blount.

Unfortunately for the volunteers, a lack of “diversity” is only apparently a problem at one end of the spectrum.

A similar thing happened last month when the English Touring Opera (ETO) kicked out half of its orchestral players in an effort to prioritize “increased diversity in the orchestra.”

Economic woes from the Covid-19 pandemic drive more-affluent people from Brazil and Venezuela to join poor migrants seeking refuge in the U.S. 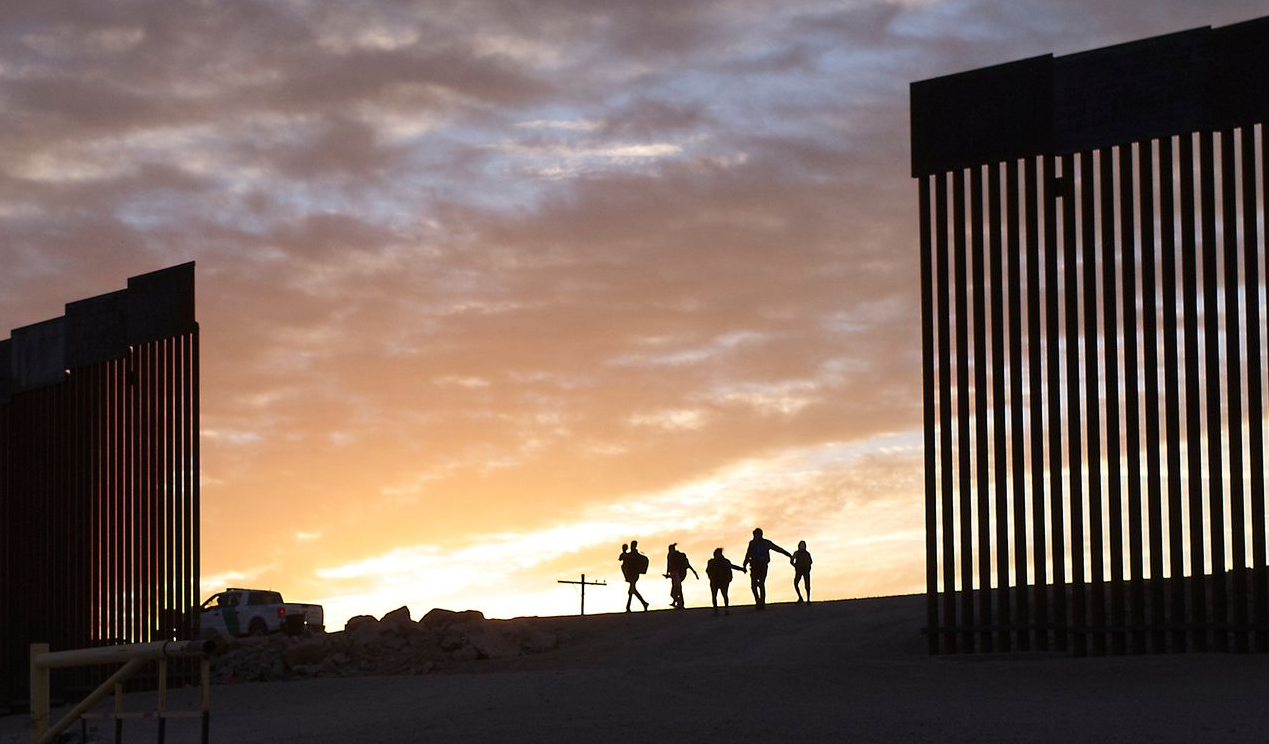 More migrants illegally entering the U.S. to apply for asylum are members of South America’s middle class who fly to the border by plane, according to authorities and aid workers.

While the majority of people who come to the U.S. through Mexico are among the world’s poorest fleeing poverty and crime, such as the thousands of Haitians who recently formed a makeshift camp in Del Rio, Texas, the growth in middle-class migrants reflects continued hardship in nations such as Brazil and Venezuela from the Covid-19 pandemic and associated economic downturns, as well as political instability.

The U.S. government doesn’t keep track of how migrants arrive at the border or their financial status. But Chris T. Clem, the U.S. Border Patrol’s chief patrol agent in Yuma, said agents intercept people who say they recently flew to a Mexican border city nearly every day.

“They got off the plane and went to a cab or to a bus,” Mr. Clem said of the final leg of the trip to the border near Yuma for these more-affluent migrants. “They literally were driven up and just walked up and turned themselves over to us.”

The arrival of more-affluent migrants indicates that the pandemic and its economic aftershocks are pushing some people to seek refuge in the U.S. who likely wouldn’t have come in the past.

“The global recession really made people lose hope,” said Andrew Selee, president of the Migration Policy Institute, a nonpartisan Washington think tank. “It’s a big deal to go from being middle class in your country to be undocumented in the United States.”

South America and the Caribbean last year lost about 26 million jobs—the biggest economic contraction of any region in the world, according to the International Monetary Fund. And Brazil recently surpassed 600,000 Covid-19 deaths, second in the world only to the U.S., according to Johns Hopkins University data.

As with other people traveling in families who enter the U.S. illegally and request asylum, most are released to shelters and then travel elsewhere to wait for their claims to be adjudicated, a process that can take years due to immigration-court backlogs.

Unlike poorer migrants from Central America and Haiti, though, middle-class migrants often leave the shelters soon after arriving for flights they booked ahead of time.

On a recent Wednesday morning, a group of about a dozen people from Venezuela walked up a river levee near the Colorado River, which marks part of the border in Yuma, looking for Border Patrol agents to surrender to. Members of the group, which appeared to include a mix of adults and teenagers, said they took three flights and a bus to arrive in Algodones, a Mexican city across the border from Yuma. They then walked into the U.S. through a wide gap in a border fence. In total, the trip took about two days, compared with months on the road that migrants from Haiti and other countries have reported.

The next day, several Brazilian migrants were released by immigration authorities to the Casa Alitas migrant welcome center in Tucson.

“We were informed by others about the process they took,” Silvana Ribiero de Santos, a 33-year-old mother, said of her family’s decision to fly to Mexico from Brazil. “In my country it is very bad. [People] don’t have anything.” 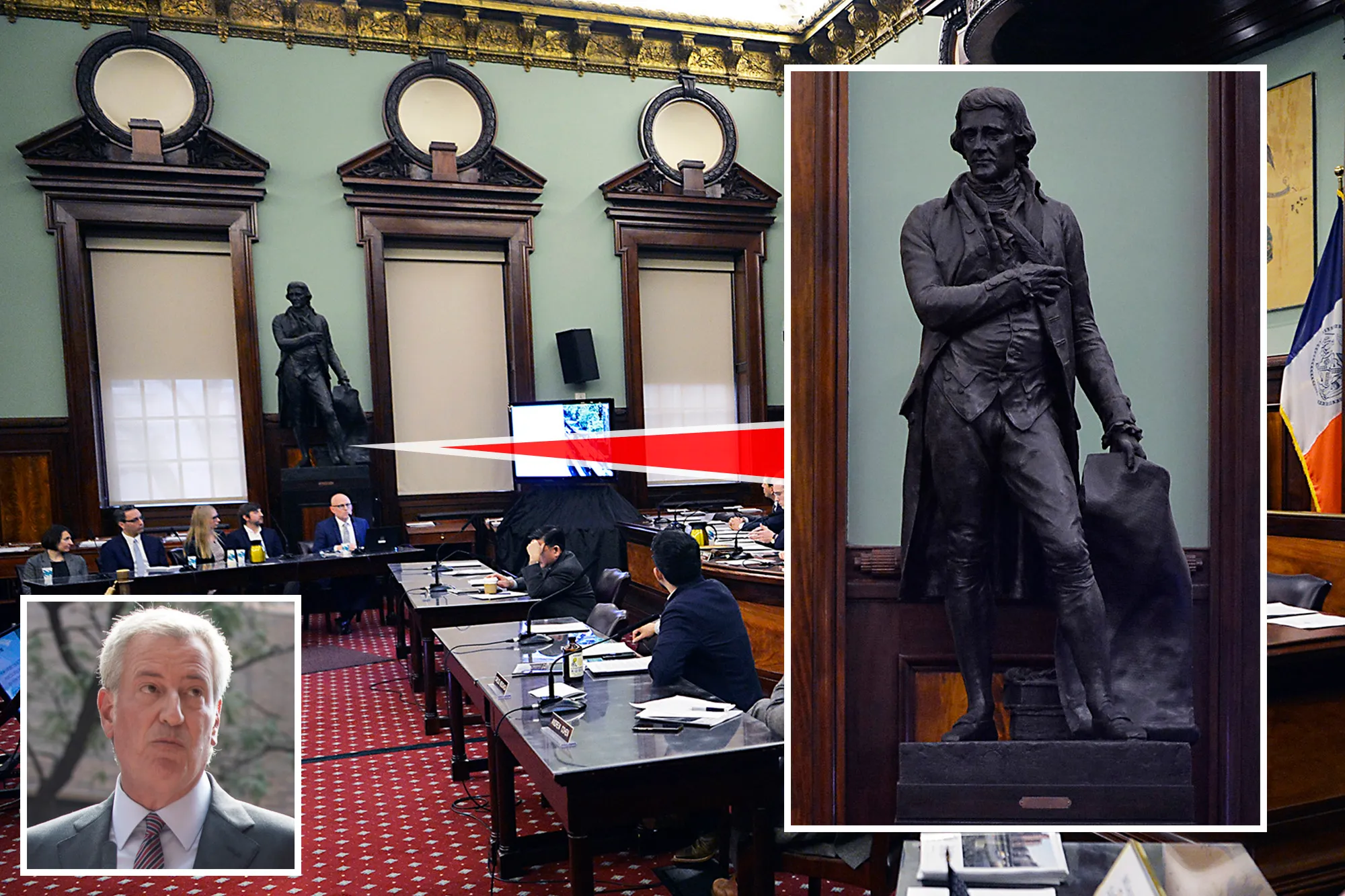 This Founding Father will no longer be in “the room where it happens” — thanks to Bill de Blasio.

The mayor, who has just three months left in office, is quietly banishing a statue of Thomas Jefferson from City Hall’s Council chambers — where it has resided for the past 187 years, The Post has learned.

The city’s Public Design Commission — comprised of mayoral appointees — has listed “the long term loan” of the 1833 painted plaster statue of the Declaration of Independence author to the New-York Historical Society on its “consent” agenda for Monday.

Meanwhile, a replica of the statue by sculptor Pierre-Jean David is still on display in the Capitol Rotunda in Washington, DC.

The terms of the loan to the historical society for the Jefferson, which was gifted to City Hall by naval officer and Jefferson admirer Uriah Phillips Levy in 1834, are still being negotiated. But Councilman I. Daneek Miller (D-Queens), who’s been pushing to boot Jefferson, said the loan is “indefinite.”

Miller said he expects the statue to be gone by Oct. 21, the City Council’s next body-wide meeting.

At least one council member wasn’t pleased with Jefferson’s banishment.

“The de Blasio administration will continue the progressive war on history as he, himself, fades away into a portrait on a City Hall wall,” Councilman Joe Borelli (R-Staten Island) told The Post.