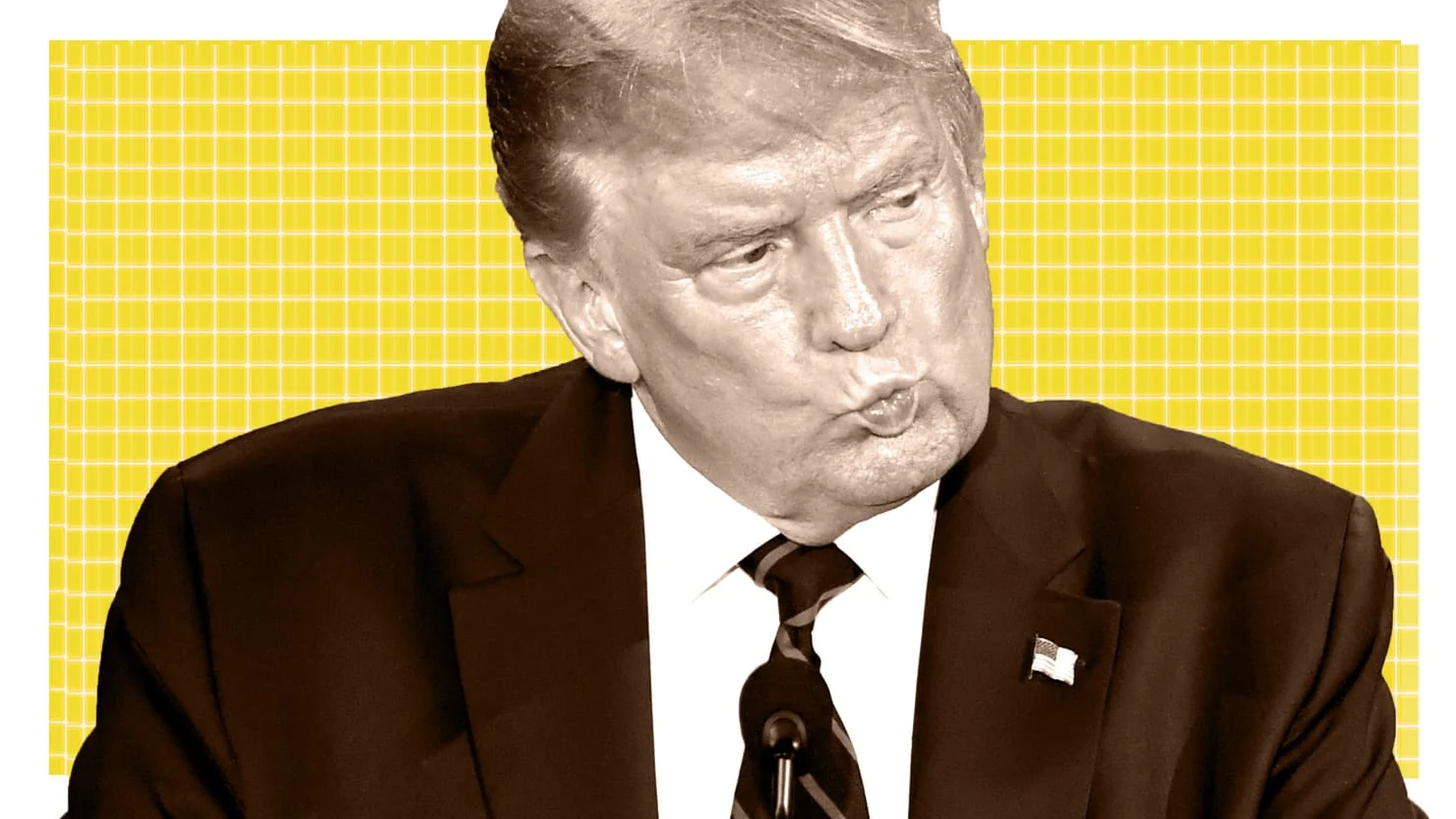 The first question that Kristen Walker, the moderator, asked was how President Trump “How would lead the country during this next stage of the Coronavirus crisis?” President Trump responded to the question by saying, “2.2 million people modeled out were expected to die. We closed up the greatest economy in the world. In order to fight this horrible disease that came from China. It’s a worldwide pandemic.” The President continues and says there were spikes in Florida, Texas, Arizona, but they are all gone. The President also noted that the administration has a “Vaccine coming; it’s ready, and it’ll be announced in a few weeks.” Operation Warp Speed will be the name of the military operation to distribute the vaccine. The President also added that other country leaders gave him credit for handling the virus well and the amount of PPE he was able to distribute out to healthcare workers.

During Biden’s response, he explained how the President’s slow actions caused 220,000 people to die. Biden said, “The expectation is we’ll have another 200,000 Americans dead by the time now and the end of the year.” Biden then added that by just wearing a mask, we could save thousands of lives. Biden once again made it clear that he’ll encourage everyone to wear a mask. Biden then briefly said he would give people plans to open their business and allow schools to open (BTW, President Trump has already put out a plan). Biden also said we are about to go into a “Dark winter.” Joe Biden has said multiple times President Trump has “No Plan.” President Trump then responded to how he closed down the country and banned and canceled travel from china, and Joe Biden Called him “Xenophobic.”

To summarize the Coronavirus segment, Joe Biden just ranted on how President Trump did a terrible job, and everything is his fault. He also continues to say he has no plan. Well, the President did have a plan we closed the country for 14 days, and then the President let the Governors run the states how they please. That’s kind of how state and federal government work Joe.

President Trump was also asked about how criticized Dr. Faucci calling him a “Disaster.” The President then explains that his stance on the masks was a disaster. In an interview a few months back, Dr. Faucci said masks do not work, and they aren’t going to protect you.

Joe Biden was asked how he would respond to recent intelligence, stating Iran and Russia are interfering in our election. In summary, Biden responded he would make them pay and continue to make them pay and says President Trump hasn’t said anything to Putin. He then adds Rudy Giuliani is a Russian pawn and, “He is being feed information that is not true.” Biden continues to intimidate Putin and push the false narrative that the U.S. President had bounties on US service members. President Trump then adds Biden received 3.5 million dollars from Russia, and “It came through Putin.” President Trump then starts to remind Joe Biden how Putin was close friends of the Mayors of Moscows wife, from whom his son Hunter Biden received the money (3.5 million dollars). The President also brought up that Ratcliffe said these countries want you to lose because of how tough he’s been on them.

President Trump continues to attack Biden about how the emails reveal how Biden was receiving money from Russia while he was Vice President. Biden then lies to the American people that he “hasn’t taken a penny from a foreign source ever in my life.” Biden then brings up the story of how President Trump had a bank account in China. If you were smart, you would know the President was a businessman before becoming the President. Before he ran for office in 2015, Trump said that he closed his foreign bank accounts because he didn’t want to cause any trouble. Biden then Continues to bring up the “Trump paid $750 in taxes story.” President Trump says he’s under audit, and he’ll do it as soon as he can like he’s been saying, but the left still doesn’t believe him. President Trump then said his accountants said he “prepaid 10’s of millions of dollars. Prepaid his tax over the number of years.” He then adds that “he thinks the $750 is a filing fee.” Joe Biden continues to deny that he withheld foreign aid from Ukraine because a prosecutor was investigating his son; he continues to say that trump bribed the Ukrainian government to say negative things about him. He also said his son never made from made money from China, which is a complete lie. Hunter Biden Flew on Air Force Two to  Bejing China with his father, who was Vice President at the time; Hunter was able to secure a stellar deal with  Rosemont Seneca Firm.

To sum up this set of questions, Joe Biden clearly doesn’t understand President Trump used to be a businessman, and he conducted international deals. When he decided to run for office in 2015, he said he stop dealing internationally. Joe Biden continues to deny his corruption with foreign countries since he’s been in office.

The two candidates were then asked about healthcare. President Trump said he got rid of the individual mandate through the legislator, “which was the worst part.” He then adds, “Premiums are down, and everything is down,” “No matter how you run it, it doesn’t work.” President Trump said that even if they win the case in the supreme court, the pre-existing condition will always be protected.  Biden says he plans to build on Obamacare with a public option called “Bidencare.” Biden fails to understand that under Obamacare, people’s premiums doubled, tripled, etc. Some people even lost their private insurance.

The President was asked about why hasn’t there been a relief bill. He then says, “Nancy Pelosi doesn’t want to approve it.” President Trump then explains she doesn’t want to approve it because it’ll be a victory for the American people, and she wants a victory on Nov 3. The President already said he would sign a stand-alone stimulus bill, $1,200, straight to the American People. House Democrats are proposing a 2.2 trillion dollar, which would go to way more than just the American People.

President Trump was then asked how about his relationship with our foreign leaders, and he says that relationships got better, and there haven’t been any new wars. Joe Biden then said he would “Control North Korea,” and called North Korea leader ‘Kim Jung-ung a thug.” He also added he wouldn’t meet with the North Korean leader unless they stop becoming a nuclear threat.

President Trump was then asked about the report that came out this week of how 545 children who came over the border from Mexico can still locate their parents. President Trump, he was just enforcing the laws that the Obama administration was doing. President Trump ended the family separation policy through an executive order in early 2018. Biden and Leftist fail to understand that gangs and bad people trafficked many of these kids across the border, which is why the parents haven’t been found. Biden continues to deny that the Obama administration built the cages. President Trump says they are, “So well taken care of. There in facilities that are so clean. Biden then says he’s going to send congress a “Pathway for citizen for over 11 million undocumented people.” He also added that all the DACA kids would be immediately certified to stay in the country and be on a citizenship pathway. President Trump also added they got rid of catch and release.

Joe Biden continues to push the narrative that African Americans are targeted because of their skin color, and our country is systemically racist. President Trump then brings up the 1994 Crime Bill that incarnated thousands of African Americans for being first-time offenders and non-violent drug crimes. President Trump also said Joe Biden called them “Super Predators.”

Through the First Step Act, President Trump was able to release thousands of these prisoners. Under the Trump administration, he was able to get done prison reform and criminal justice reform. He was also able to get Black unemployment at an all-time low, long term funding Historically Black Colleges, and opportunity zones (with Sen. Tim Scott).

Trump says we have the best carbon-emission numbers in 35 years and says he took us out of the Paris Climate Accords because we would have to spend trillions of dollars. The Parris Climate Accord would cost the U.S to lose millions of jobs and thousands of companies. Countries such as Russia and China wouldn’t be paying their fair share until later, and the U.S would get suckered. Joe Biden continues to believe that climate change is the biggest threat to our humanity, and in 8-10 years, we’ll pass the point of “No Return.” Biden continues to deny his environmental plan, which sounds like the Green New Deal. President Trump said the deal, which is being pushed by AOC+3, would cost 100 trillion dollars. Joe Biden continues to deny, “I never opposed fracking.” President Trump said, “You said it on tape,” Biden responds, “Show the tape put it on your website.” The Trump War Room twitter page then added the tweet after the debate.

Related Topics:2020 electionbidendebaterecaptrump
Up Next