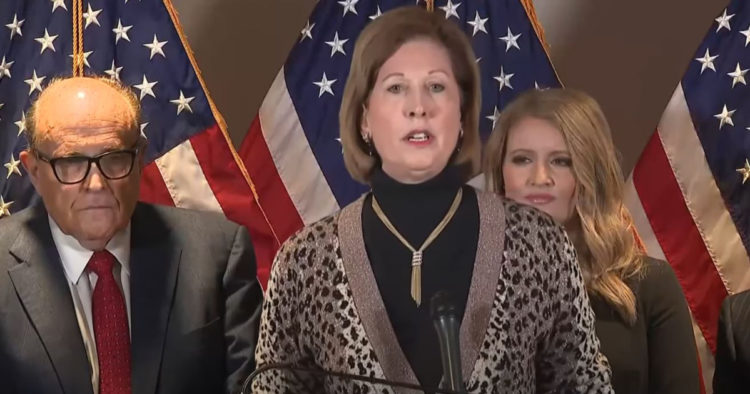 In an opening statement, Giuliani says cities such as Philadelphia, and Detroit are big liberal cities and they can do whatever they want, even if it’s breaking the law.

In Pennsylvania the margin of victory for Joe Biden is 69,144 votes, Giuliani mentions this margin of victory is a “fraud.” Rudy Giuliani also brings how mail-in ballots are fraud and they susceptible to fraud. Giuliani also brings how Biden said “we have the best voter fraud team in the world,” just weeks before the election. Giuliani mentions they were good, but not that good, because they made mistakes, we caught them. Giuliani then explained how mail-ballots are questionable and they have no accountability.

In Pittsburg, Giuliani says how 15,000 people walked into a voting center to vote, but they were turned down because the Democratic voting machine system said they already voted somewhere else. Giuliani also brings up that 50-60 people that showed up at voting polls to inspect the count were thrown out or assaulted. They had no inspecting, not even Democrats.

In Michigan, there was a lady, who was a registered Democrat who said they were cheating in an affidavit. Giuliani then reads the affidavit. The lady in the affidavit said she and her employees were told to backdate the ballots to an earlier date than received.

Rudy Giuliani continues to explain the types of voter fraud that went on Michigan.

In Georgia there was also massive voter fraud, which the fraud was very similar to Michigan, and Pennsylvania. He said they were also going to bring lawsuits to Arizona.

They are also continuing looking at the states of Virgina, and New Mexico.

Sidney Powell starts her opening statement about Dominion and other voting systems made in Valenzuela, which Hugo Chavez made to ensure he never lost an election. Sidney Powell then explains that votes were switching from President Trump to Joe Biden. On election day, President Trump received so many votes it broke the server, and that’s why voting places closed so early. After closing, they brought in the mail-ballots to cover up for Biden from being behind. Sidney Powell continues to explain the origin of Smartmatic and what the software does.

The media acts like a fool during Vice President Press Briefing.

How to tell if my vote counted in Arizona