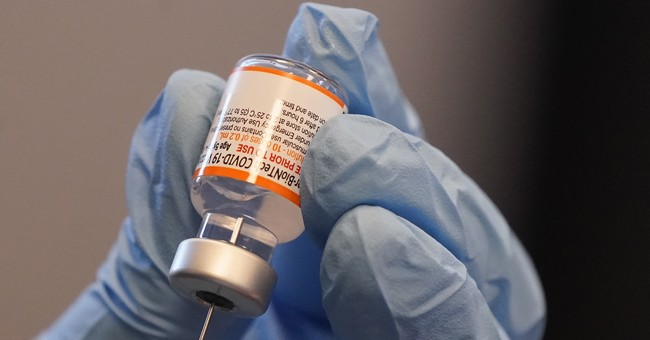 As I reported on Friday, the Biden administration is restricting travel from eight African countries beginning Monday, after a new “variant of concern,” known as omicron, was detected in South Africa. While there have been some extreme reactions, such as from Gov. Kathy Hochul (D-NY), who already signed an emergency order for New York State, the symptoms appear to be “so different,” and “so mild.” This is what Dr. Angelique Coetzee, the South African doctor who informed the country’s vaccine advisory committee, told The Telegraph.

As Peta Thornycraft and Will Brown reported for the outlet on Saturday:

“The first South African doctor to alert the authorities about patients with the omicron variant has told The Telegraph that the symptoms of the new variant are unusual but mild.

Dr Angelique Coetzee said she was first alerted to the possibility of a new variant when patients in her busy private practice in the capital Pretoria started to come in earlier this month with Covid-19 symptoms that did not make immediate sense.

They included young people of different backgrounds and ethnicities with intense fatigue and a six-year-old child with a very high pulse rate, she said. None suffered from a loss of taste or smell.

“Their symptoms were so different and so mild from those I had treated before,” said Dr Coetzee, a GP for 33 years who chairs the South African Medical Association alongside running her practice.

On November 18, when four family members all tested positive for Covid-19 with complete exhaustion, she informed the country’s vaccine advisory committee.

She said, in total, about two dozen of her patients have tested positive for Covid-19 with symptoms of the new variant. They were mostly healthy men who turned up “feeling so tired”. About half of them were unvaccinated.

“We had one very interesting case, a kid, about six years old, with a temperature and a very high pulse rate, and I wondered if I should admit her. But when I followed up two days later, she was so much better,” Dr Coetzee says.”

There are some encouraging takeaways, such as that a significant portion of those who presented with symptoms of the new variant were unvaccinated, and that her six year old patients “was such much better” within days.

Dr. Coetzee’s concerns about the variant also appear to be typical for all other variants, which is that the greatest worry is for the elderly and those with who already have co-morbidities.

“Dr Coetzee, who was briefing other African medical associations on Saturday, made clear her patients were all healthy and she was worried the new variant could still hit older people – with co-morbidities such as diabetes or heart disease – much harder.

“What we have to worry about now is that when older, unvaccinated people are infected with the new variant, and if they are not vaccinated, we are going to see many people with a severe [form of the] disease,” she said.“

Meanwhile, in the United States, Dr. Anthony Fauci is making headlines for what, unsurprisingly, may be fear mongering. Nicole Acevado for NBC News went with the headline in her Saturday coverage that “Omicron Covid-19 variant could already be in U.S., Fauci says.” In her subheadline, however, she notes that Fauci did acknowledge “we have not detected it yet,” going on to add that “but when you have a virus that is showing this degree of transmissibility,” it will “go essentially all over.”

“The new variant is concerning because it “has a large number of mutations” that potentially makes this virus more contagious than other variants, according to Fauci.

“We don’t know that yet, but we’re going to assume that’s the case,” he said, adding that the large number of mutations also suggested the new variant “could evade the protection” of coronavirus treatments such as monoclonal antibodies and convalescent plasma as well as the Covid-19 vaccines.

“These are all maybes, but the suggestion is enough,” Fauci said. “This is something we got to pay really close attention to and be prepared for something that’s serious. It may not turn out that way, but you really want to be ahead of it.”“

Dr. Fauci made his remarks on “Weekend TODAY” on NBC.

A Friday night statement from the Centers for Disease Control (CDC) mentioned that there had not yet been cases detected, but that it would quickly know if and when cases were detected. “CDC is continuously monitoring variants and the U.S. variant surveillance system has reliably detected new variants in this country. We expect Omicron to be identified quickly, if it emerges in the U.S,” the statement in part read.

Related Topics:covidFeaturedOmicronSouth Africa
Up Next