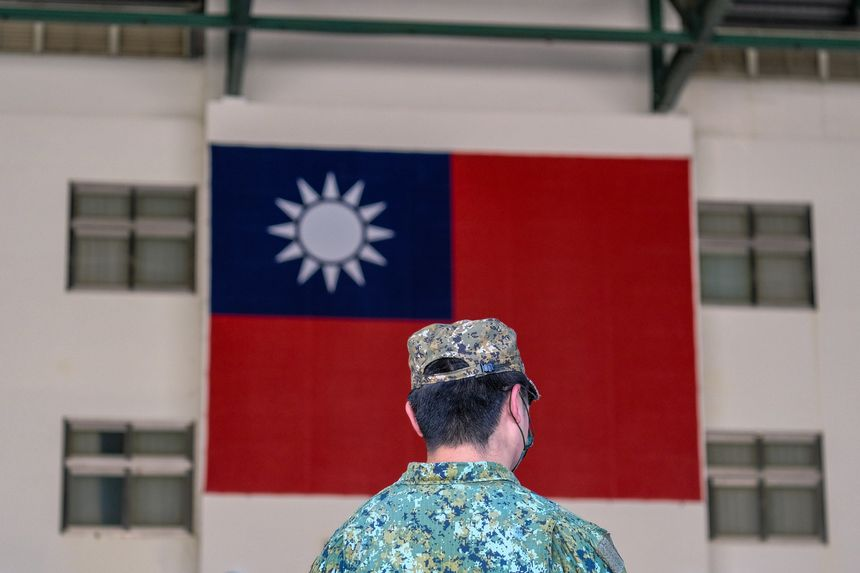 A U.S. special-operations unit and a contingent of Marines have been secretly operating in Taiwan to train military forces there, U.S. officials said, part of efforts to shore up the island’s defenses as concern regarding potential Chinese aggression mounts.

About two dozen members of U.S. special-operations and support troops are conducting training for small units of Taiwan’s ground forces, the officials said. The U.S. Marines are working with local maritime forces on small-boat training. The American forces have been operating in Taiwan for at least a year, the officials said.

The U.S. special-operations deployment is a sign of concern within the Pentagon over Taiwan’s tactical capabilities in light of Beijing’s yearslong military buildup and recent threatening moves against the island.

Taiwan and U.S. officials have expressed alarm over nearly 150 flights near Taiwan in the past week by Chinese military aircraft. The Chinese aircraft have included J-16 jet fighters, H-6 strategic bombers and Y-8 submarine-spotting aircraft and have set a record for such sorties, according to the Taiwan government.

The Chinese flights, while not entering the area Taiwan defines as its airspace, have been a reminder of the Communist Party’s view of Taiwan as a part of China. Beijing has vowed to take control of the island by force if necessary. Top U.S. military officials testified earlier this year that Beijing is likely to try to use force in its designs on Taiwan within the next six years. Other officials have said China’s timeline could be sooner than that.

Taiwan’s defense minister, Chiu Kuo-cheng, warned Wednesday that China would be able to launch a full-scale attack on Taiwan with minimal losses by 2025.

White House and Pentagon officials declined to comment on the deployment of the U.S. military force. There was no immediate response to requests for comment from Taipei. The deployment is rotational, the U.S. officials said, meaning that members of the U.S. units serve on a variable schedule.

China’s Foreign Ministry said in a statement that it urged the U.S. to adhere to prior agreements and to cease military aid to Taiwan. “China will take all necessary steps to protect its sovereignty and territorial integrity,” it said.

The special-operations unit and the Marine contingent are a small but symbolic effort by the U.S. to increase Taipei’s confidence in building its defenses against potential Chinese aggression. Current and former U.S. government officials and military experts believe that deepening ties between U.S. and Taiwan military units is better than simply selling Taiwan military equipment.

The U.S. has sold Taiwan billions of dollars of military hardware in recent years, but current and former officials believe Taiwan must begin to invest in its defense more heavily, and smartly.

“Taiwan badly neglected its national defense for the first 15 years or so of this century, buying too much expensive equipment that will get destroyed in the first hours of a conflict, and too little in the way of cheaper but lethal systems—antiship missiles, smart sea mines and well-trained reserve and auxiliary forces—that could seriously complicate Beijing’s war plans,” said Matt Pottinger, a distinguished visiting fellow at Stanford University’s conservative Hoover Institution who served as a deputy national security adviser during the Trump administration.