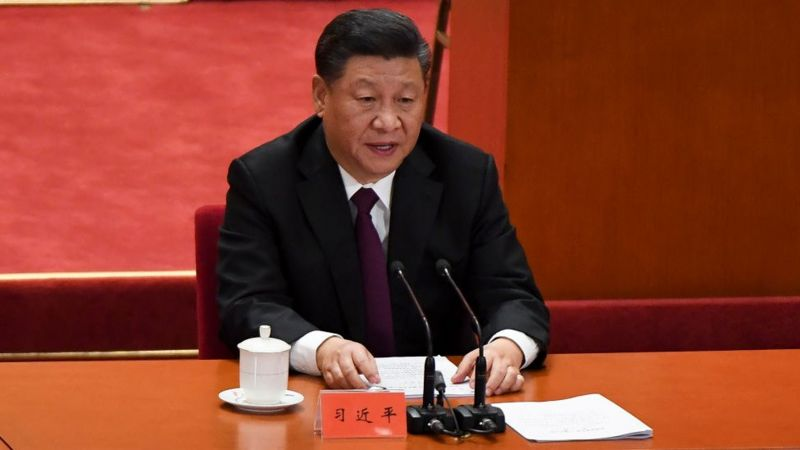 China’s President Xi Jinping has said that “reunification” with Taiwan “must be fulfilled”, as heightened tensions over the island continue.

Mr Xi said unification should be achieved peacefully, but warned that the Chinese people had a “glorious tradition” of opposing separatism.

In response, Taiwan said its future lay in the hands of its people.

Taiwan considers itself a sovereign state, while China views it as a breakaway province.

Beijing has not ruled out the possible use of force to achieve unification.

Mr Xi’s intervention comes after China sent a record number of military jets into Taiwan’s air defence zone in recent days. Some analysts say the flights could be seen as a warning to Taiwan’s president ahead of the island’s national day on Sunday.

Taiwan’s defense minister has said that tensions with China are at their worst in 40 years.

But Mr Xi’s remarks on Saturday were more conciliatory than his last major intervention on Taiwan in July, where he pledged to “smash” any attempts at formal Taiwanese independence.

Speaking at an event marking the 110th anniversary of the revolution that overthrew China’s last imperial dynasty in 1911, he said unification in a “peaceful manner” was “most in line with the overall interest of the Chinese nation, including Taiwan compatriots”.

But he added: “No one should underestimate the Chinese people’s staunch determination, firm will, and strong ability to defend national sovereignty and territorial integrity.”

“The historical task of the complete reunification of the motherland must be fulfilled, and will definitely be fulfilled,” he said.

Mr Xi has said he wants to see unification occur under a “one country, two systems” principle, similar to that employed in Hong Kong, which is part of China but has a degree of autonomy.

But Taiwan’s presidential office said that public opinion was very clear in rejecting one country, two systems. In a separate statement, Taiwan’s Mainland Affairs Council called on China to abandon its “provocative steps of intrusion, harassment and destruction”. 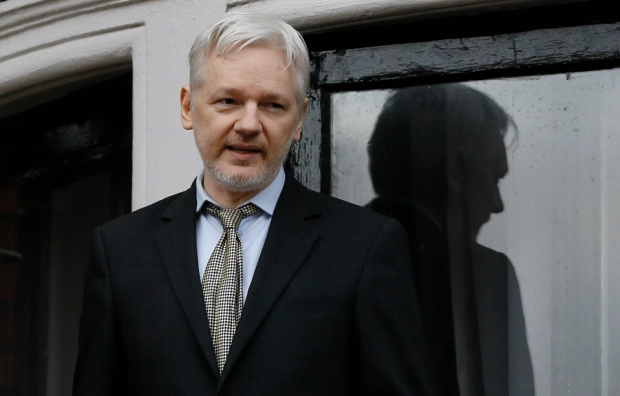 The 50-year-old is being held at the high security Belmarsh Prison as he battles to avoid being extradited to America following a court ruling.

Assange has reportedly been left with a drooping right eyelid, memory problems and signs of neurological damage following a mini-stroke.

It’s reported the stroke happened at the time of a High Court appearance via video link in October.

His fiancee Stella Moris said he is “struggling” with the stress of fighting extradition to a US prison.

Since the mini-stroke, Assange reportedly has had an MRI scan and is taking anti-stroke medication.

Ms Moris told the Mail: “Julian is struggling and I fear this mini-stroke could be the precursor to a more major attack. It compounds our fears about his ability to survive the longer this long legal battle goes on.

“It urgently needs to be resolved. Look at animals trapped in cages in a zoo. It cuts their life short. That’s what’s happening to Julian. The never-ending court cases are extremely stressful mentally.” 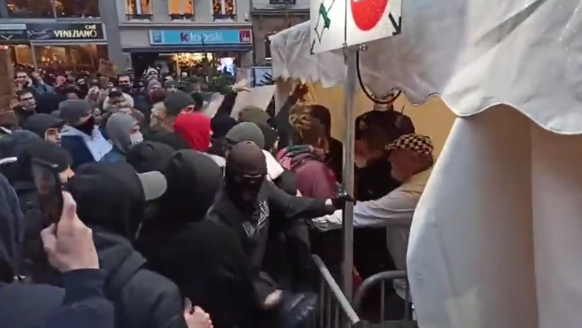