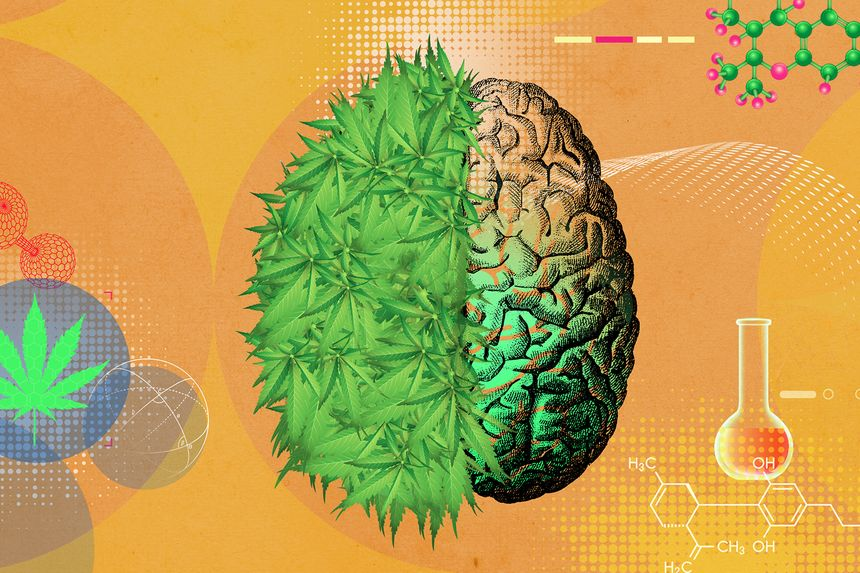 More people are turning to cannabis to alleviate mental health problems like anxiety and depression, as well as insomnia, psychologists and researchers say. Yet the science on cannabis as a mental-health treatment is in its infancy—and some evidence suggests that marijuana can make these problems worse.

Therapists say they are seeing more patients using pot in place of antidepressant drugs like Zoloft and Paxil. Common medications prescribed for depression and anxiety disorders can come with significant side effects, including weight gain and sexual dysfunction. They also don’t work for everyone.

“Many people who had tried psychiatric medication had a hard time with side effects and didn’t want to get back on them,” says Robert Yeilding, a clinical psychologist in Newport Beach, Calif. Dr. Yeilding says the number of his patients using pot, in addition to therapy, has risen in the past two years.

Marijuana consumption, for any use, has risen in the U.S. in the past decade. In 2020, 11.8% of people ages 12 and older said they used the drug in the past month, according to new survey data released Monday from the federal Substance Abuse and Mental Health Services Administration. Just under 7% did in 2010. Among young adults ages 18 to 25, 23.1% said they used marijuana in the past month in 2020, up from 18.5% in 2010. The data doesn’t distinguish between medical and recreational usage.

As of June, 18 states and the District of Columbia have legalized recreational marijuana use. In those states, people who are old enough to legally purchase pot can walk into a dispensary and buy it, or will be able to soon. Many other states allow medical marijuana use. In these states, people generally have to first see a doctor who will certify that they have a qualifying health condition. Then they will receive a medical marijuana card and will be allowed to purchase products in medical dispensaries.

Research has found that anxiety, depression and sleep problems are among the most common reasons why people use medical cannabis.

Over the years, Sean Gatten tried several antidepressants to treat his anxiety, he said. But he gained weight and sometimes had difficulty sleeping. One drug seemed to make his anxiety worse. So he quit the medications. In August 2020, after his anxiety surged, Mr. Gatten, 39 years old, decided to try marijuana to treat it. He saw a doctor and was approved for a Pennsylvania medical marijuana card, he said. He now primarily vapes a combination of delta-9-tetrahydrocannabinol (THC), which is largely responsible for marijuana’s high, and cannabidiol (CBD), a substance that doesn’t produce the kind of high associated with THC and may have several therapeutic effects.

“It helps calm me down,” says Mr. Gatten, a veteran in Enola, Pa. “It provides a sense of relief and helps me focus more.”

Many scientists think cannabis has wide potential as a treatment for a variety of health problems, including psychiatric conditions. The cannabis plant includes dozens of substances called cannabinoids: THC and CBD are just the most well-known. The Food and Drug Administration has approved one cannabinoid-derived drug for the treatment of certain seizure disorders and cannabis-related medications for the treatment of weight loss in people with AIDS and nausea due to cancer treatment.

The research supporting the use of cannabis for sleep and mental health is nascent, however. Some small studies have found that CBD alleviates symptoms in people with social anxiety. And several studies looking at using cannabinoids for chronic pain have found that those patients saw a reduction in their anxiety, too. Researchers at McLean Hospital in Massachusetts have just completed the first phase of a clinical trial, which is under peer review, of CBD for anxiety: Those who received CBD saw about a 70% to 80% improvement on measures of anxiety, says Staci Gruber, director of McLean’s Marijuana Investigations for Neuroscientific Discovery (MIND) program and the senior author of the study.