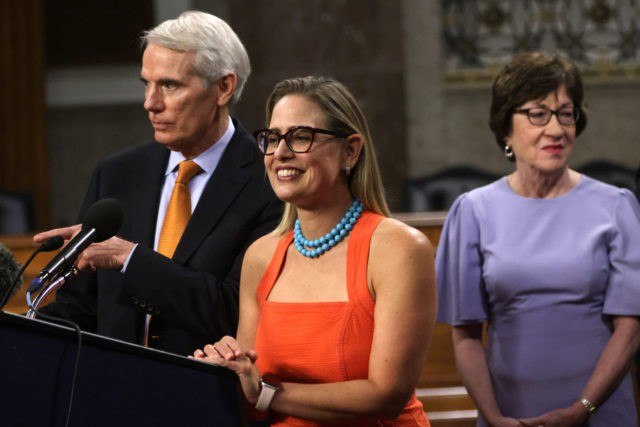 Her political allies are claiming Sinema — who does not play by the typical rules of Washington, DC by giving in to the party needs — is “prepared to walk away” from Biden’s agenda.

Speaking to some of her colleagues, the senator reportedly suggested that the top priority for her was the “bipartisan” infrastructure deal she helped put together in the spring. Biden and his top aides have met with the senator multiple times this week and have yet to have success breaking through to Sinema.

Axios detailed some of the concerns Sinema has reportedly said to her allies trying to pass the monster bill:

The offices of Sinema, and Sen. Joe Manchin (D-WV), released separate statements Thursday — ahead of when the House was planning on voting on the “bipartisan” infrastructure bill they both helped broker. Sinema’s office reaffirmed her position not to support the partisan $3.5 trillion reconciliation package.

“Senator Sinema said publicly more than two months ago, before Senate passage of the bipartisan infrastructure bill, that she would not support a bill costing $3.5 trillion,” the statement said, adding that the senator previously “shared detailed concerns and priorities, including dollar figures, directly with Senate Majority Leader Schumer and the White House.”