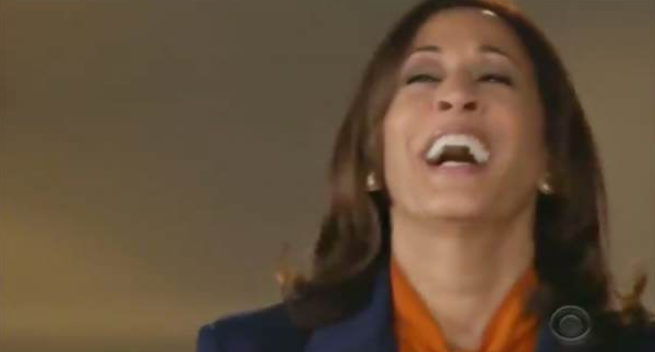 By Cristina Laila From Gateway Pundit —

Phony Kamala Harris completely made up a story about how she participated in a civil rights march in Oakland, California when she was a young child in a stroller in an October interview with Elle Magazine.

Harris told Elle that she had fallen out of the baby stroller and her parents didn’t notice she was gone because they were so caught up in the energy of the march.

By the time Kamala’s parents realized she was gone, they doubled back and found little Kamala upset.

When asked what Kamala wanted, she just looked at her mom and said “Fweedom.”

Senator Kamala Harris started her life’s work young. She laughs from her gut, the way you would with family, as she remembers being wheeled through an Oakland, California, civil rights march in a stroller with no straps with her parents and her uncle. At some point, she fell from the stroller (few safety regulations existed for children’s equipment back then), and the adults, caught up in the rapture of protest, just kept on marching. By the time they noticed little Kamala was gone and doubled back, she was understandably upset. “My mother tells the story about how I’m fussing,” Harris says, “and she’s like, ‘Baby, what do you want? What do you need?’ And I just looked at her and I said, ‘Fweedom.’”

It gets even better…

You just can’t make this stuff up!

During the 117th Congress swear-in, prayer ends with “Amen and Awoman.

“The elite parroting assumptions that keep them elite.” 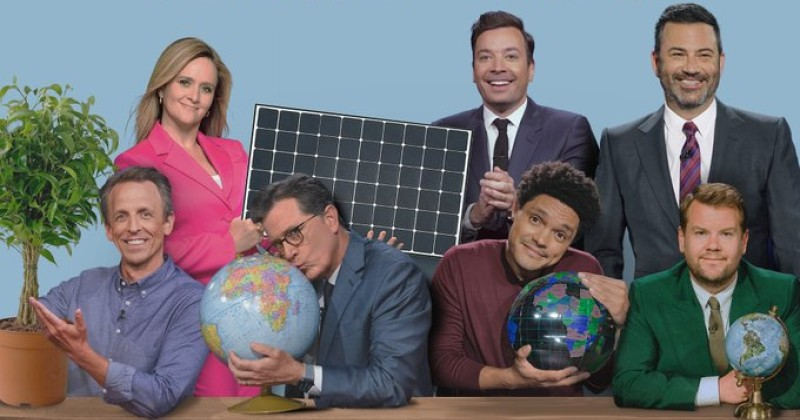 Jimmy Kimmel, Stephen Colbert, Trevor Noah, Jimmy Fallon and others will team up to push a cringe ‘climate night’ of global warming propaganda disguised as comedy, proving once how late night legacy media entertainment is now just a vehicle for establishment propaganda narratives.

“After four years of the same anti-Trump ‘jokes’, viewers would be forgiven for thinking that America’s late-night ‘comedy’ hosts were all reading from the same script,” reports RT. “On Wednesday, they literally will be. Seven primetime hosts across multiple networks will focus their shows on climate change, blending jokes with liberal lecturing to tackle “the world’s hottest problem.”

Respondents to the announcement lashed out at its transparent elitist condecension.

“Its just the elite parroting assumptions that keep them elite,” tweeted Greg Gutfeld, adding that when comedy is trumped by virtue signaling it’s “no longer comedy.” 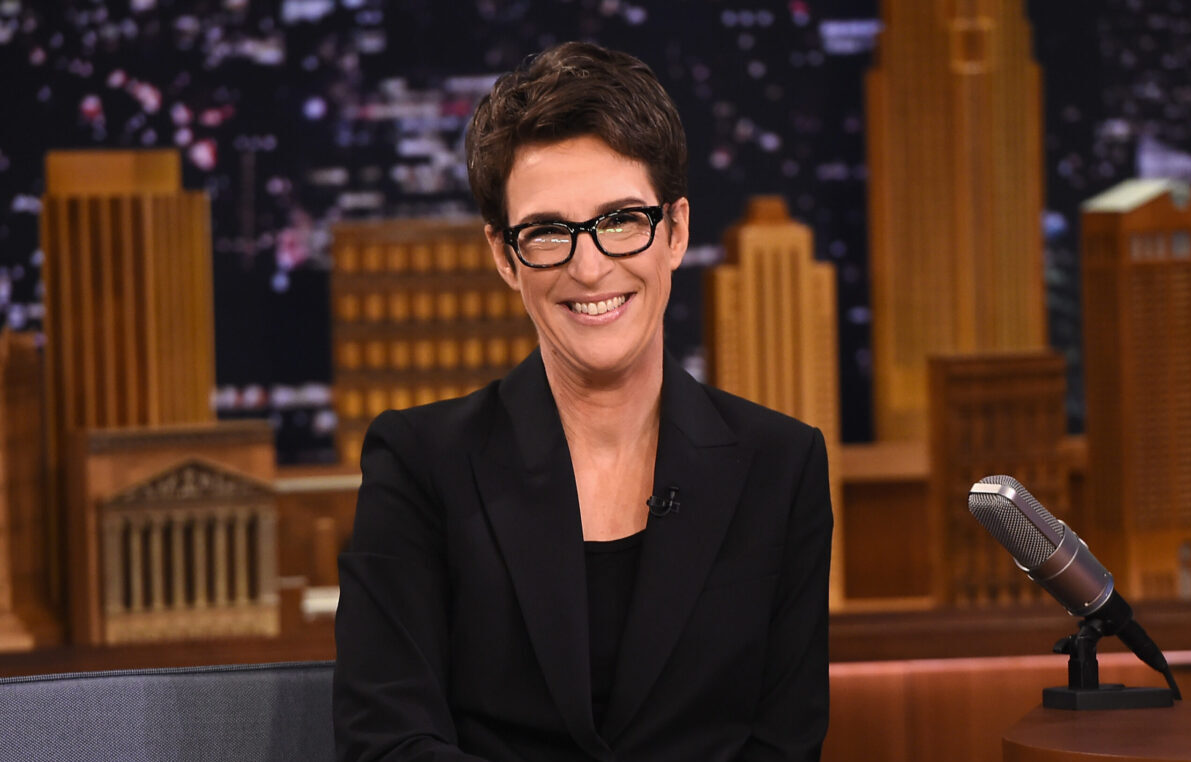 Last month, Rachel Maddow and MSNBC reached a $30 million per year agreement to keep the network’s top-rated host through the 2024 election. While The Rachel Maddow Show will continue to air weeknights at 9pm ET for the time being, there is a rumor that it could eventually transition to a weekly format. She has the option of terminating her nightly show beginning in April of 2022, according to reports.

That detail has prompted speculation about possible replacements for the coveted primetime slot. If a report from news media guru Dylan Byers is to be believed, the likely favorite – at least among current MSNBC hosts – is Nicolle Wallace, the host of MSNBC’s Deadline White House, and former White House Communications director under George W. Bush.

As one NBC executive told Byers, “Nicolle is the most obvious in-house candidate.”

Byers — who recently departed NBC, where he served as a media correspondent, for the startup Puck — explained the rationale of potentially replacing Maddow with a former Bushie in Puck News:

The idea that a former Republican operative could replace a progressive icon like Maddow will surely confound and even anger some MSNBC loyalists. But from the vantage point of NBC’s C-suite, it has its logic. Wallace is smart, capable, charismatic—”producible,” as one former NBC executive put it. No one should underestimate how important that is in television, even to a network that caters to liberal political sensibilities. Today, Wallace may just be a likeable Never Trump ex-Republican advocating for competent policy and politics; with the right packaging and marketing, she could become a hero of that cause. She is also well liked by Maddow, several sources said, and would have her blessing.

Uma Thurman Reveals She Had Abortion at 15

Uma Thurman Reveals She Had an Abortion as a Teen in Emotional Column Against Texas Law: ‘My Darkest Secret Until Now’ 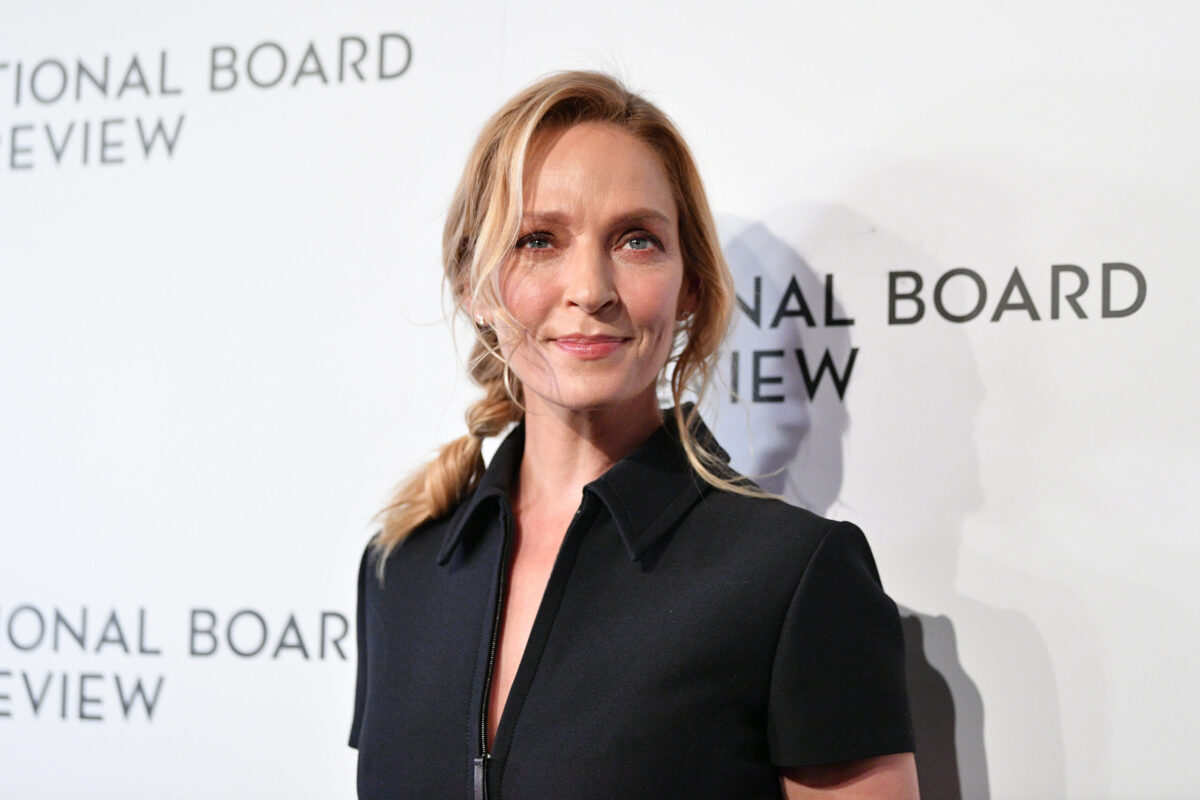 Uma Thurman has penned a powerful and deeply personal essay in protest to Texas’ restrictive abortion law, which bans the procedure after six weeks of pregnancy.

In the column, published in The Washington Post, Thurman called the Texas law a “discriminatory tool against those who are economically disadvantaged,” sharing that she had an abortion in her late teens.

“I have followed the course of Texas’s radical antiabortion law with great sadness, and something akin to horror,” she wrote. “Now, in the hope of drawing the flames of controversy away from the vulnerable women on whom this law will have an immediate effect, I am sharing my own experience.”

Thurman went on to share that when she began her acting career at 15, noting that she was “often the only kid in the room,” she was “accidentally impregnated by a much older man.”

“I was living out of a suitcase in Europe, far from my family, and about to start a job,” she revealed. “I struggled to figure out what to do. I wanted to keep the baby, but how?”

Thurman said that she called her parents for advice despite never having spoken to them about being sexually active before, noting that her mother was gravely ill and in the hospital at the time.

Her parents warned her of the difficulties she would face if she attempted to raise a child as a single, teenage mother who was taking the steps to launch an acting career.

“We decided as a family that I couldn’t go through with the pregnancy, and agreed that termination was the right choice,” she wrote. “My heart was broken nonetheless.”