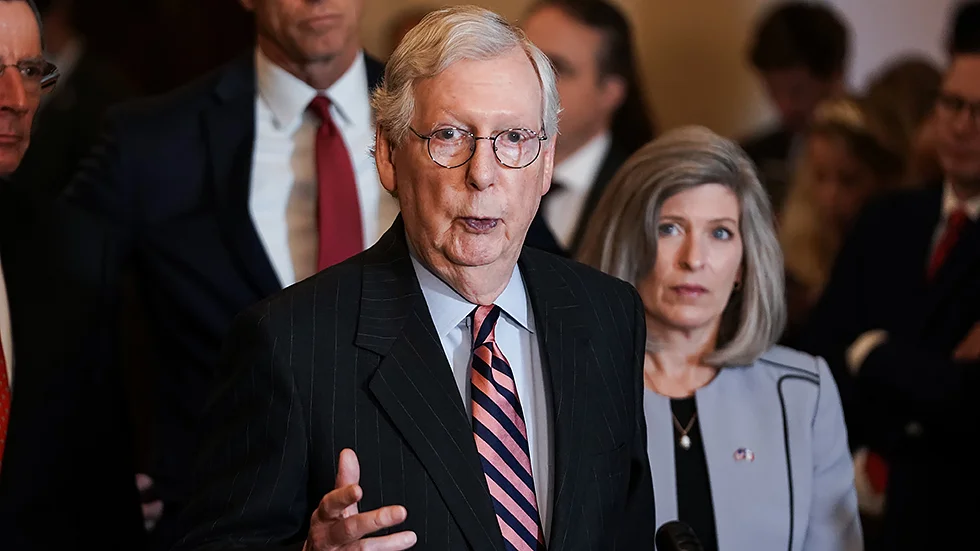 While a year is a lifetime in politics, the Democratic Party’s difficulties are deep; they include soaring economic discontent, a president who’s fallen 12 percentage points underwater in job approval and a broad sense that the party is out of touch with the concerns of most Americans — 62% say so.

About as many people see the Republican Party as out of touch (58%), and there’s some solace for Democrats in other results. Notably, President Joe Biden’s keystone policy initiatives are far more popular than he is, with 63% support for the $1 trillion infrastructure bill passed by Congress and 58% support for the now nearly $2 trillion social spending bill still under debate.

Yet, with the infrastructure bill secured, Biden gets little credit in this poll, which was produced for ABC News by Langer Research Associates. Just 31% say he’s keeping most of his major campaign promises, and 35% think he’s accomplished much overall. And while most support his spending and policy plans, crosswinds are evident, as 59% worry he’ll do too much to increase the size and role of government, up 6 points since spring.

As things stand, if the midterm elections were today, 51% of registered voters say they’d support the Republican candidate in their congressional district, 41% say the Democrat. That’s the biggest lead for Republicans in the 110 ABC/Post polls that have asked this question since November 1981. Indeed, it’s only the second time the GOP has held a statistically significant advantage (the other was +7 points in January 2002) and the ninth time it’s held any numerical edge at all.

Among the key factors is the economy. With inflation soaring, 70% say the economy is in bad shape, up from 58% last spring. While just half blame Biden directly for inflation — its worst in 31 years — his approval for handling the economy overall is down to 39%, off 6 points just since early September and 13 points from last spring.

In terms of Biden’s job performance overall, a new low of 41% approve, while 53% disapprove, highly similar to his rating on the economy. Biden’s lost 11 points in approval since spring, accelerating with the coronavirus Delta surge and continuing with inflation.

Specifically on the pandemic, Biden’s rating is less bad, a 47-49% split, approve-disapprove. But that is numerically (albeit not significantly) underwater for the first time, with approval ebbing from 64% in April and 62% in June, both pre-Delta surge.

Biden’s overall approval rating sets or matches career lows among nearly all demographic groups, with positive assessments among most down significantly from their peaks in the spring or summer. The exception is those who already were highly critical of the president, such as Republicans, conservatives and rural residents.

It’s notable that Biden gets just 35% approval from independents — while 63% of independents support the infrastructure bill and 58% support the $2 trillion climate change and social policy package.

Looking to the midterms, 58% of all adults (and 59% of registered voters) are inclined to look around for someone new to vote for. That’s fairly typical, albeit slightly above its average in polls back to 1989. (And House incumbents overwhelmingly tend to get re-elected – 92% on average in midterm elections since 1946.) Nonetheless, marking Democratic challenges, registered voters interested in looking for someone new currently favor Republican over Democratic candidates by 20 points.

Related Topics:Featured
Up Next